Andy Daly net worth: Andy Daly is an American actor, comedian, and writer who has a net worth of $3 million. He is best known for starring as Forrest MacNeil on the Comedy Central television series Review, which lasted from 2014 to 2017. He is also a well-known and active commercial actor.

Andy Daly was born in Mount Kisco, New York in April 1971. From 2000 to 2002 Daly starred in the TV series MADtv and in 2004 he starred in the series Crossballs: The Debate Show. He has had recurring roles in the TV series Reno 911!, The Paul Reiser Show, Delocated, Eastbound & Down, Modern Family, Silicon Valley, Comedy Bang! Bang!, The Spoils Before Dying, and Grandfathered. Daly has also starred in the movies Christmas with the Kranks, School for Scoundrels, What Love Is, Semi-Pro, What Happens in Vegas, Tenure, The Informant!, She's Out of My League, Yogi Bear, Transformers: Dark of the Moon, and A Haunted House. He has been a writer for the TV series Review and Crossballs: The Debate Show. 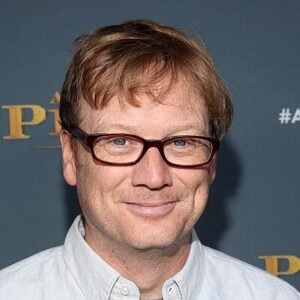