Andrew Dice Clay Net Worth: Andrew Dice Clay (aka "The Diceman") is an American comedian and actor who has a net worth of $10 million dollars. A controversial figure, Clay is known for insult comedy that many consider misogynistic and rude. He famously sold out Madison Square Garden two nights in a row (the first comedian to ever do so) in 1990. Andrew was banned from MTV in 1989 after performing adult versions of nursery rhymes at the MTV Video Music Awards, but the network lifted the ban in 2011. Clay has appeared in several film and television projects, including "Dice" (2016–2017), "Entourage" (2011), and "A Star Is Born" (2018), and he began hosting the "I'm Ova Hea' Now" podcast in 2018.

Early Life: Andrew Dice Clay was born Andrew Clay Silverstein on September 29, 1957, in Brooklyn, New York. He grew up in a Jewish household with mother Jacqueline, father Fred (a real estate agent and boxer), and a sister. Andrew began doing impressions for his family at age 5 and playing drums at 7. As a teenager, he studied at James Madison High School and played drums at weddings and bar mitzvahs in the Catskills. After high school, Andrew attended Kingsborough Community College but dropped out to focus on stand-up comedy.

Career: In 1978, Clay auditioned at Pips Comedy Club and booked a headlining gig at the Sheepshead Bay venue the following week under the name Andrew Clay. His act was mainly comprised of impressions, and he debuted his character "The Diceman," which was based on Jerry Lewis' Buddy Love from "The Nutty Professor" and John Travolta's "Grease" character Danny Zuko. Andrew soon began performing at The Improv, Dangerfield's, Catch a Rising Star, and other well-known comedy clubs, and by 1980, he had moved to Los Angeles. Mitzi Shore let Dice perform late night sets at The Comedy Store, and in 1982, he made his film debut in slasher film parody "Wacko." In 1983, he officially added "Diceman" to his name, stopped doing impressions, and turned "The Diceman" into a fully-formed alter ego, debuting his new persona at The Comedy Store. Andrew's appearances at The Comedy Store led to guest-starring roles on "M*A*S*H" (1982) and "Diff'rent Strokes" (1982–1983) as well as films "Making the Grade" (1984) and "Pretty in Pink" (1986). He also had a recurring role on NBC's "Crime Story" from 1986 to 1988, appearing in 13 episodes.

In 1988, Clay performed at a Big Brother Association event, and his set went so well that 20th Century Fox offered him a movie deal the following day. That year, he also gained national attention when he appeared on HBO's "Nothing Goes Right," Rodney Dangerfield's stand-up comedy showcase. "Performance" magazine named Andrew Comedy Act of the Year in 1989, and in March of that year, he released "Dice," his debut album, which was certified gold by the Recording Industry Association of America. In September 1989, he performed a 3-minute set at the MTV Video Music Awards that led to MTV banning him from the network, and in March 1990, he released his second album, "The Day the Laughter Died," which reached #39 on the "Billboard " 200 chart. In 1990, Clay earned the distinction of being the first comedian to sell out NYC's Madison Square Garden for two consecutive nights, and in May of that year, he hosted "Saturday Night Live," resulting in cast member Nora Dunn and planned musical guest Sinead O'Connor refusing to appear on the show. In 1990, Andrew also starred in the film "The Adventures of Ford Fairlane," which earned him a Raspberry Award for Worst Actor. 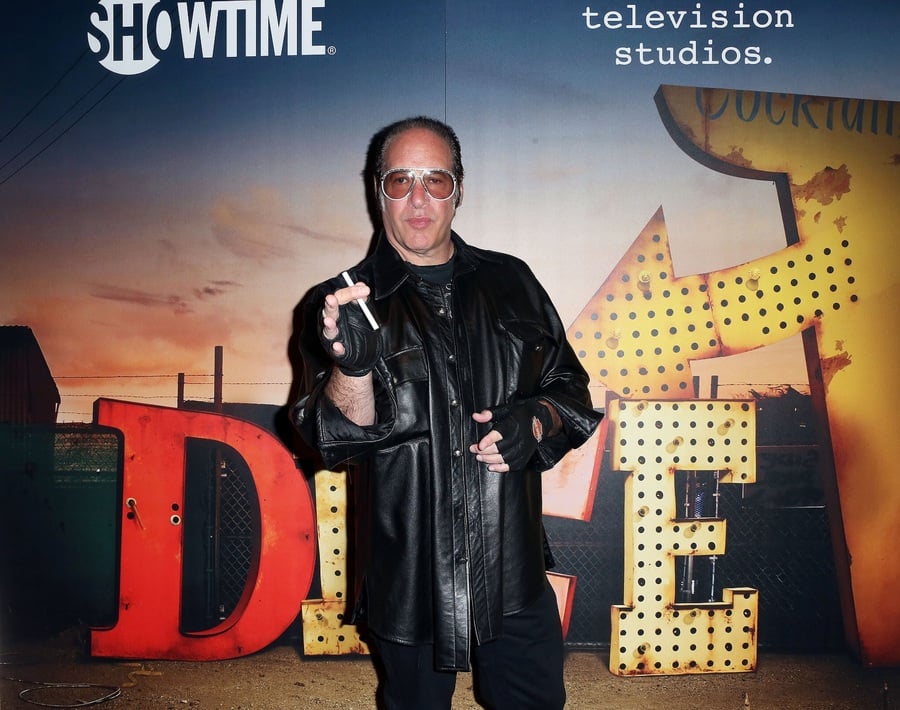 Clay started a production company, Fleebin Dabble Productions, in 1991, and that year, he released the stand-up concert film "Dice Rules," which had a limited release in movie theaters due to his controversial material. In 1993, he signed a deal with ABC, but his proposed one-hour drama was dropped after network management decided that Andrew was too controversial. He released the pay-per-view special "No Apologies" in July 1993, which was purchased more than 250,000 times, and his follow-up, 1994's "The Valentine's Day Massacre," was purchased by approximately 100,000 households. Clay's HBO special "Assume the Position" was released in 1995, and that year, he also signed a development deal with producer Bruce Helford and CBS, leading to the sitcom "Bless This House," which ran for 16 episodes. Around this time, Andrew began distancing himself from the "Diceman" persona and focused more on talking about marriage and fatherhood in his act while still remaining edgy. In 1998, he released "Filth," a triple album, and appeared on the "Opie and Anthony" radio show for the first time.

In 2000, Clay performed at Madison Square Garden again and released the stand-up specials "I'm Over Here Now" and "Banned for Life" as well as the album "Face Down, Ass Up." He starred in a VH1 reality series, "Dice: Undisputed" in 2007 and competed on "The Celebrity Apprentice 2" in 2009 but was fired the first week. In 2011, Andrew guest-starred on HBO's "Entourage" and Fox's "Raising Hope," and the following year, he released a Showtime special, "Indestructible." In 2013, he began co-hosting "Rollin' with Dice and Wheels…The Podcast" (which ran until 2015) and appeared in the award-winning film "Blue Jasmine." Clay released the book "The Filthy Truth" in 2014, and in 2018, he appeared in another award-winning film, "A Star Is Born," playing the father of Lady Gaga's Ally.

Personal Life: Andrew married Kathy Swanson in 1984, and they divorced in 1986; in 1990, Kathy filed a breach of contract lawsuit against Clay, suing him for $6 million and claiming that he had deceptively convinced her to hire their mutual attorney as her divorce lawyer. Andrew married Kathleen Monica in 1992, and they had sons Maxwell and Dillon before divorcing in 2002. Max is a stand-up comic and has opened for his father on tour. Clay was also married to Valerie Vasquez from 2010 to 2014, and he was engaged to comedian Eleanor Kerrigan, who he dated for 8 years. In 2017, Dice had a stent placed in his heart after he checked into the hospital for exhaustion and dehydration and doctors discovered that he had a partially blocked artery. 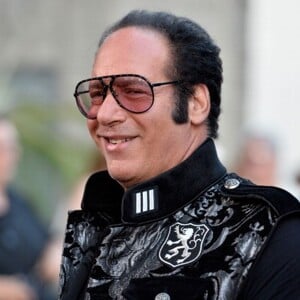