How much is Anders Holm Worth?

Anders Holm net worth and salary: Anders Holm is an American comedy writer who has a net worth of $7 million dollars. He first became well-known thanks to the Comedy Central sitcom "Workaholics".

Anders Holm was born in Evanston, Illinois on May 29, 1981. He attended the University of Wisconsin-Madison where he was a member of the swim team. From there, he relocated to Los Angeles to study at the Second City Conservatory. After arriving in Los Angeles, he co-founded the sketch comedy troupe, Mail Order Comedy, with three other comedians/improvisers, Blake Anderson, Adam DeVine, and Kyle Newacheck. In addition to touring with the group, he went on to appear in guest starring roles on such shows as "The Mindy Project", "Modern Family", and "Arrested Development". He is one of the co-creators, writers, and stars of the Comedy Central series, "Workaholics". The series followed the lives of three college friends who are roommates and co-workers at a telemarketing firm, and the life of their drug dealer. The show premiered in 2011 and eventually aired 86 episodes over seven seasons. The show ended in March 2017. Andres, also known as "Ders", has also appeared in movies such as "How to be Single", "The Intern" and "Sausage Party". 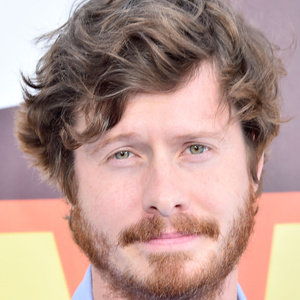