What is Amy Schumer's Net Worth and Salary?

Amy Schumer is an American stand-up comic, actress, and author who has a net worth of $45 million. She rose to fame after competing on NBC's "Last Comic Standing" in 2007 and went on to create, co-produce, co-write, and star in Emmy-winning Comedy Central show, "Inside Amy Schumer." Amy also wrote and starred in "Trainwreck," which grossed $140.8 million worldwide, and she has appeared on Broadway, earning a Tony nomination for her role in 2017's "Meteor Shower."

She has hosted the podcast "Amy Schumer Presents: 3 Girls, 1 Keith" with Bridget Everett, Rachel Feinstein, and Keith Robinson since 2018. In 2016 Amy was the first woman to rank as one of the highest-paid comedians in the world with earnings that topped $20 million.

Amy Schumer was born Amy Beth Schumer on June 1, 1981, in Manhattan, New York. Her mother, Sandra, and father, Gordon, owned a baby furniture company called Lewis of London. Her younger sister, Kim, grew up to become a comedy writer and producer (collaborating with Amy on several projects), and half-brother Jason is a jazz musician. When Schumer was 9, her family's company went out of business, and soon after, her father was diagnosed with multiple sclerosis.

Schumer's father is Jewish, and her Protestant mother converted to Judaism before marrying Gordon. Amy has said that while living in Long Island, people around her were openly antisemitic and kids regularly made fun of her Jewish heritage. Schumer's great-grandmother was a bootlegger during Prohibition, and she opened Schumer's Liquors in New York City after alcohol became legal again. Senator Chuck Schumer is Amy's second cousin once removed. They teamed up to push for stronger gun control laws after a mass shooting occurred at a screening of "Trainwreck" in 2015. 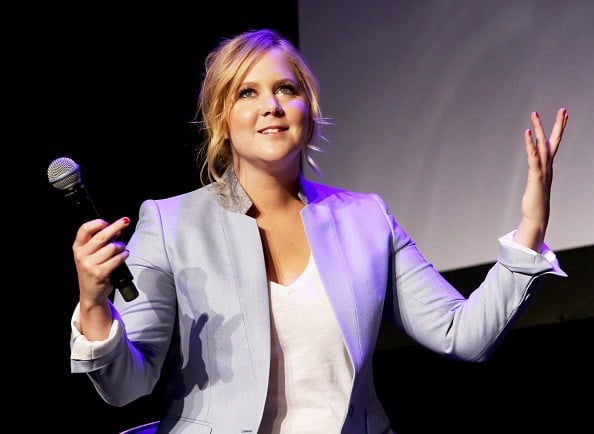 When her parents divorced, Amy moved to Long Island with Sandra and attended South Side High School, where she was voted "Class Clown" and "Teacher's Worst Nightmare." After graduating in 1999, she attended Central Synagogue of Nassau County, a Hebrew school, before moving to Maryland to attend Towson University. Amy graduated with a theater degree in 2003, then studied at the William Esper Studio in New York City for 2 years.

Netflix paid Schumer $13 million for "The Leather Special;" they originally offered her $11 million, but Amy renegotiated her deal after learning that Netflix had struck $20 million deals with Chris Rock and Dave Chappelle. Schumer said that she didn't think she deserved as much money as the two comedy legends but that she believed women deserve equal pay. Amy has regularly sold out arenas during her career, and in 2015, she performed as Madonna's opening act on three shows of the "Rebel Heart Tour."

In 2015 Schumer landed one of the largest book advance deals of all time, a $9 million deal. When she published "The Girl with the Lower Back Tattoo" the following year, it hit #1 on "The New York Times" Best Seller list. 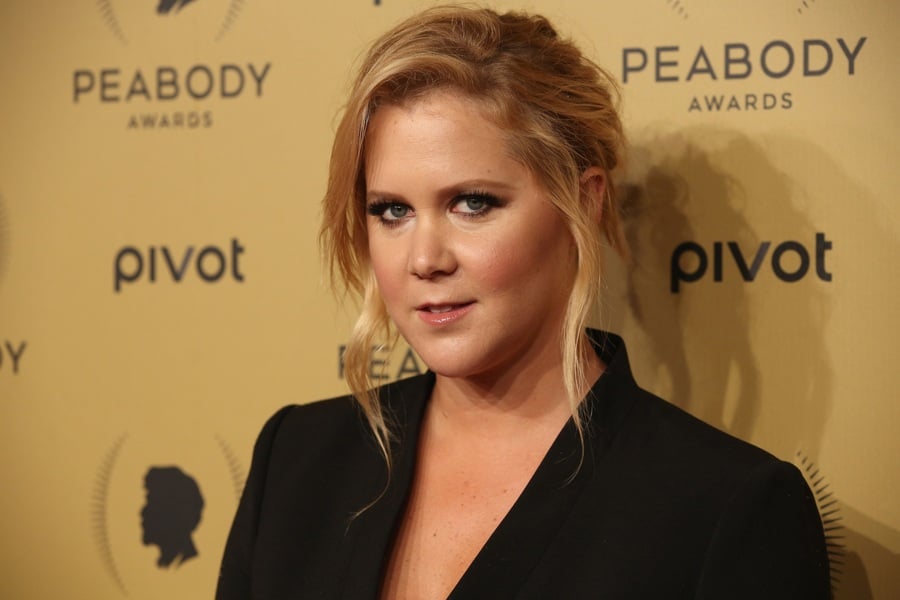 In 2008, Amy appeared on Comedy Central's "Reality Bites Back," a reality show parody hosted by Michael Ian Black, and from 2013 to 2016, she starred on "Inside Amy Schumer," which featured sketches and stand-up comedy. Schumer hosted "Saturday Night Live" in 2015 and 2018 and hosted the "2015 MTV Movie Awards." Amy has also appeared on "30 Rock," "Curb Your Enthusiasm," and "Girls" and has lent her voice to "Bojack Horseman," "Bob's Burgers," "The Simpsons," and "Family Guy."

Schumer made her movie debut in the 2006 short film "Sense Memory," and she has an uncredited appearance in Mike Birbiglia's 2012 movie "Sleepwalk with Me." She also appeared in "Price Check" and "Seeking a Friend for the End of the World" in 2012, then in 2015, she starred in "Trainwreck," which she also wrote. Judd Apatow directed the film, and it also starred Bill Hader, Brie Larson, Colin Quinn, and John Cena. In 2017, Amy starred with Goldie Hawn in "Snatched," and showed her more serious side in "Thank You for Your Service," a film about soldiers suffering from post-traumatic stress disorder. In 2018, Schumer starred in "I Feel Pretty." which grossed $94 million worldwide.

In May 2020, Amy and Chris began starring on a Food Network show together,"Amy Schumer Learns to Cook." The show was shot by the couple during quarantine while they cooked in their own kitchen.

In 2015, Amy was featured on Barbara Walters' list of the 10 Most Fascinating People, and she was named one of "Time" magazine's 100 Most Influential People. She has won several awards, including a Peabody Award, a Primetime Emmy Award, 2 Critics Choice Movie Awards, and two Television Critics Association Awards, and she has earned Grammy nominations for Best Comedy Album and Best Spoken Word Album.

In April 2022 Amy reportedly paid $12.5 million for a mansion in Montecito, California that sits on 20 acres. 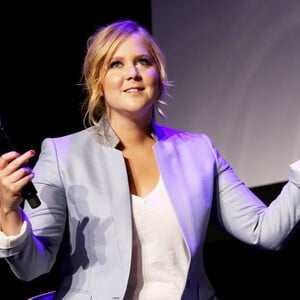