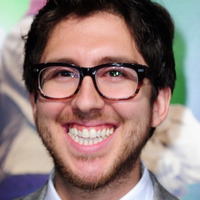 Amir Blumenfeld net worth: Multi-talented Amir Blumenfeld has an impressive net worth of $700 thousand. Amir Blumenfeld earned his net worth from being a writer, comedian, actor and TV host. Israel- born Blumenfeld is most notable for co-starring (alongside Jake Hurwitz) in an award-winning web series, Jake and Amir. He also co-stars on MTV's The CollegeHumor Show and hosts another MTV production, Pranked. Blumenfeld writes comedy sketches and articles for the CollegeHumor website and made several appearances on Hardly Working, another CollegeHumor web series. Away from working for CollegeHumor, Blumenfeld is a freelance writer for ESPN The Magazine. In 2011, Blumenfeld made his way in the film industry as he made his debut in the comedy A Very Harold and Kumar 3D Christmas. The film is the sequel to the 2008 film Harold and Kumar Escape from Guantanamo Bay. The University of California graduate is fluent in Hebrew.