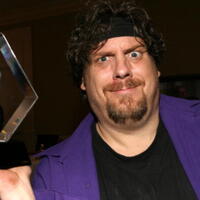 The Amazing Johnathan Net Worth

What was The Amazing Johnathan's Net Worth?

For 13 years, he headlined in Las Vegas year-round, beginning at the Golden Nugget in 2001. In 2008, he opened the members-only drive-in movie theater the Amazing Underground in Las Vegas, and during the 2012 Halloween season, he opened the SCREAMont Experiment, a 35,000 square foot haunted hotel attraction. Johnathan published "Every Trick in the Book," a guide to practical jokes and magic tricks, in 2001.

Table of Contents
💰 Compare The Amazing Johnathan's Net Worth

The Amazing Johnathan was born John Edward Szeles on September 9, 1958, in Detroit, Michigan. He grew up in Fraser, Michigan, with mother Doreen, father Edward, and sisters Gail and Nancy. Edward was a draftsman who designed military equipment and tanks. Johnathan attended Bethlehem Lutheran School and Fraser High, and he has said that he was a "below average student." He bought his first magic trick in 1973 and began taking lessons from amateur magician/magic shop owner Bob Moats. Johnathan's first show took place at a neighbor's birthday party, and in 1975, he entered the Fraser High talent contest and all six tricks he performed failed.

In 1976, Johnathan traveled to California with some friends and decided to stay for awhile. He hitchhiked from Los Angeles to San Francisco with his friend Kathy, and they lived in a student co-op in Berkeley. Johnathan decided to try street performing to make money, and while working on his street show, he met street act/future "Night Court" star Harry Anderson, whose act inspired him to add comedy to his show. Johnathan then met A. Whitney Brown, a future "Saturday Night Live" writer and "Daily Show" correspondent, who taught him how to write comedy. By 1980, Johnathan's shows on Fisherman's Wharf attracted such large crowds that he was arrested for obstruction several times. He later did outdoor shows at Pier 39, then he performed his first comedy club gig at the Holy City Zoo…and he killed.

After performing at an industry night showcase at the Hollywood Improv, Johnathan made his television debut in 1983, appearing in "The 8th Annual Young Comedians Show" and guest-starring on "Thicke of the Night." He soon appeared on "Late Night with David Letterman," and in 1986, he was one of four comedians chosen to do a private show for President Ronald Reagan and François Mitterrand, the President of France. The three other comedians Reagan chose were Jerry Seinfeld, Larry Miller, and Yakov Smirnoff. In 1991, Johnathan hosted the variety/game show "Ruckus," which he co-created with Merv Griffin. In the early '90s, he appeared on "The Chuck Woolery Show," "The A-List," and "Viva Cabaret," and he was featured in several episodes of "An Evening at the Improv" between 1988 and 1994. In 1997, he guest-starred on "The Weird Al Show" and appeared on "Make Me Laugh" and "The World's Wildest Magic." Johnathan got his own episode of "Comedy Central Presents" in 2001, and he appeared in the documentary "The Aristocrats" in 2005. He appeared on Fox's "Comic Strip Live" 24 times, and he became popular in Australia due to his many appearances on "Hey Hey It's Saturday." 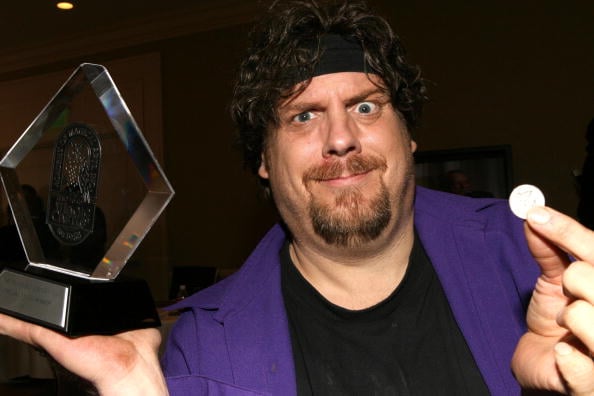 In 2001, Johnathan met actress/comedian Penny Wiggins at the Comedy & Magic Club in Hermosa Beach, California, and she soon became his onstage assistant, "Psychic Tanya," and appeared with him in 2006's "Wrong on Every Level" and 2007's "The Amazing Johnathan Live." In 2005 and 2006, Johnathan appeared in three episodes of "Criss Angel Mindfreak," and in 2008, he was featured in the TV special "The Mad Men of Comedy Magic." In 2013, he began hosting "Burn Unit," which is described as "a weekly video podcast for the politically incorrect." In 2018, Johnathan appeared as himself in the horror movie "The Litch," and in 2021, he was animated in the "Rickdependence Spray" episode of "Rick and Morty." Johnathan has held residencies at several Las Vegas venues, including the Harmon Theater (at the Planet Hollywood Resort & Casino) and Bally's, and he has appeared on numerous television shows, such as "Just for Laughs," "Jimmy Kimmel Live!," and "Masters of Illusion."

Johnathan married Sandra Bowing in 1995, and they divorced in 2000. In June 7, 2014, he married performance artist Anastasia Synn at A Special Memory Chapel in Las Vegas. The ceremony was officiated by comedian Gallagher, and guests included David Copperfield and Penn and Teller. Johnathan is stepfather to Synn's daughter, Haley. He has been open about his use of cocaine and meth throughout his life, and he once stated, "My whole show was written entirely on coke. I'd pretend to snort 'fake' coke on stage – but it was real. I actually even freebased backstage."

In 2007, it was announced that Johnathan had been diagnosed with a "serious heart condition," which his website identified as cardiomyopathy. In 2014, he revealed that he only had 12 to 15 months to live and would be retiring. At this point, his heart was functioning at 15% capacity, and he wasn't eligible for a heart transplant due to Type 2 diabetes. He performed what he thought would be his final show at The Magic Castle in Los Angeles on July 1, 2014. Luckily, Johnathan outlived his doctors' prognosis, and in 2017, he went on tour around the U.S. He said of his decision to come out of retirement, "They gave me a year and a half and that was almost three years ago, and I get tired of sitting and waiting for it to happen. So I just thought, I'm going to go back to work…If I die, I die on stage, rather than in my bed." According to Johnathan's website, "most of the impairment caused by the lack of circulation has healed almost completely."

Johnathan has won the "Las Vegas Review-Journal's" Best Comedian award, and the publication named him one of the Top Ten Acts in Vegas. He earned "Nevada Magazine's" Comedian of the Year award, and the International Magic Awards named him Best Comedy Magician three times. In 2020, "The Amazing Johnathan Documentary" earned Johnathan a spot on the Cinema Eye Honors Awards list of The Unforgettables, which recognizes "notable and significant nonfiction film subjects."