Ali Wong net worth: Ali Wong is an American actress, stand-up comedian, and writer who has a net worth of $3 million. Ali Wong was born in San Francisco, California in April 1982. As an actress she starred as Olivia on the television series Are You There, Chelsea? in 2012. Wong starred as Dr. Lina Lark on the TV series Black box in 2014.

From 2016 to 2019 she starred as Doris on the series American Housewife. Ali Wong has also appeared in films and episodes of TV series including Breaking In, Savages, Dealin' with Idiots, Inside Amy Schumer, Fresh Off the Boat, Father Figures, Ask the Storybots, and Always Be My Maybe. She has also provided voice work for BoJack Horseman, Animals, The Angry Birds Movie, The Lego Ninjago Movie, Ralph Breaks the Internet, and more. Wong has starred in the Netflix comedy specials Ali Wong: Baby Cobra and Ali Wong: Hard Knock Wife. Her father-in-law is Ken Hakuta. 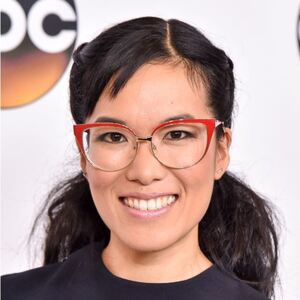