Alex Thomas net worth: Alex Thomas is an American actor and stand-up comedian who has a net worth of $2 million. Alex Thomas was born in South Central Los Angeles, California. He got his start in entertainment by working as a teenager dancer on the television series Soul Train.

He met Rosie Perez and became an assistant choreographer for the TV series In Living Color. He started appearing on TV series doing stand-up comedy and made appearances on BET's Comic View, Comedy Central's Premium Blend, Russell Simmons Def Comedy Jam, The Jay Leno Show, and The Arsenio Hall Show. From 1999 to 2000 he starred as Phil on the TV series The Jamie Foxx Show. From 2012 to 2013 Thomas starred as Jamal Taylor on the series Mr. Box Office. He has starred in the movies Human Prey, Don't Be a Menace to South Central While Drinking Your Juice in the Hood, B*A*P*S, The Players Club, Why Do Fools Fall in Love, The Secret Life of Girls, Two Can Play That Game, The Wash, Just Married, Woman Thou Art Loosed, Stompin', Sizzle: A Global Warming Comedy, and Subtle Seduction. Thomas was nominated for a Platinum Mic Viewer's Choice Award at the BET Comedy Awards in 2005. 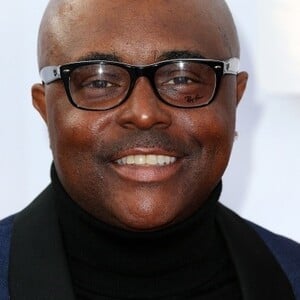