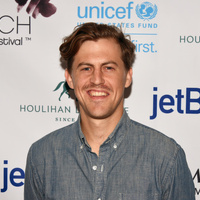 Alex Moffat net worth: Alex Moffat is an American actor and comedian who has a net worth of $3 million. Alex Moffat was born in Chicago, Illinois in March 1982. He is best known for being a cast member of the television series Saturday Night Live starting in 2016. Moffat was a featured performer at The Second City. On Saturday Night Live he has done many impressions including Anderson Cooper, Willem Dafoe, Al Franken, Hugh Grant, Chris Hemsworth, Paul Manafort, Conor McGregor, Joe Scarborough, Chuck Schumer, Eric Trump, Prince William, Tucker Carlson, and more. Alex Moffat appeared in the movie Uncle John and was nominated for a Midwest Independent Film Festival Award for Best Actor in 2015. He also provide voice work for the movie Ralph Breaks The Internet and appeared in an episode of the TV series Billions. He started at Saturday Night Live in 2016 and became a repertory cast member in 2018.