How much is Alec Mapa Worth?

Alec Mapa net worth: Alec Mapa is an American actor, comedian, and writer who has a net worth of $1 million. Alec Mapa was born in San Francisco, California in July 1965. He first starring on Broadway replacing B.D. Wong in M. Butterfly. From 2002 to 2006 he starred as Adam Benet on the television series Half & Half. Mapa starred as Suzuki St. Pierre on the TV series Ugly Betty from 2007 to 2010. He has had recurring roles on the TV series Murder One: Diary of a Serial Killer, Murder One, Spy Game, Some of My Best Friends, Desperate Housewives, Switched at Birth, Devious Maids, and more. Mapa has starred in the films Bright Lights, Big City, Who's Your Daddy?, Connie and Carla, Dirty Laundry, Marley and Me, You Don't Mess with the Zohan, and more. He co-hosted the reality dating series Transamerican Love Story on Logo. Mapa starred in his own one-man show called Alec Mapa: Baby Daddy which aired on Showtime in 2015. 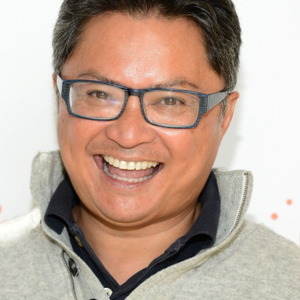