Al Madrigal net worth: Al Madrigal is an American stand-up comedian and actor who has a net worth of $1 million. Al Madrigal was born in San Francisco, California in July 1971. He was known for being a regular correspondent on The Daily Show with Jon Stewart. Madrigal co-founded the All Things Comedy podcast network.

From 2008 to 2009 he starred as Dennis Lopez in the television series Gary Unmarried. Madrigal starred as Gregg in the TV series Free Agents from 2011 to 2012. Since 2014 he has starred as Andy in the series About a Boy. Madrigal has also appeared in episodes of the TV series Welcome to the Captain, Happy Hour, Los Foley Guys, The Very Funny Show, Wizards of Waverly Place, and Pretend Time. He has starred in the stand-up specials Why is the Rabbit Crying? and Half Like Me. Madrigal won the Best Stand-up Comedian award at the HBO Aspen Comedy Festival in 2004 and The Sid Caesar Comedy Award at the Genesis Awards in 2014. The same year he was nominated for an Imagen Award for Best Supporting Actor/Television for About a Boy. 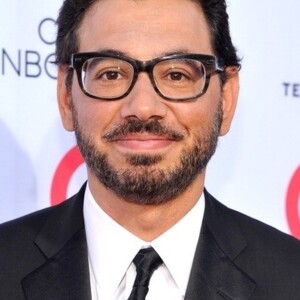