What is Aisha Tyler's net worth?

Aisha Tyler is an American stand-up comic, author and actress who has a net worth of $4 million dollars. She gained widespread recognition as the host of the shows, "Talk Soup" and "The Fifth Wheel". Since the early 2000s, she has gone back and forth between film and television work, appearing in such projects as "Friends", "CSI: Miami", "Nip/Tuck", "24", "Boston Legal", and "XIII: The Series".

Aisha Taylor was born on September 18, 1970 in San Francisco, California. Her parents are James Tyler, a photographer, and Robin Gregory, a teacher. She spent a year living in Ethiopia before returning to the San Francisco area. She was raised by her father after her parents separated when she was ten years old.

Taylor attended an arts magnet school in San Francisco, where she was classmates with Sam Rockwell (on whom she had a crush) and Margaret Cho. She followed Rockwell to acting class one day which intrigued her and got her interested in improv and sketch comedy. Aisha graduated from Dartmouth College with a degree in Environmental Policy in 1992. After college, she began working in an advertising firm, and then left the corporate world to focus on a stand-up career, touring the comedy circuit for a year, before settling in Los Angeles in the mid nineties.

Tyler began her professional on-camera career with a small role on "Nash Bridges" in the late 90s. This led to work on such shows as "The Pretender" and "Curb Your Enthusiasm". Her career in TV, however, really took off in 2001 when she became one of the hosts of E!'s "Talk Soup," as well as the reality TV dating show "The Fifth Wheel." However, "Talk Soup" was canceled after just a year of her hosting, and she left "The Fifth Wheel" around the same time. She received an NAACP Image Award for her role in the indie film "Moose Mating," and she starred, directed, and wrote "The Whipper" shortly thereafter.

Tyler became a household name when she joined the cast of "Friends" in seasons nine and ten as Dr. Charlie Wheeler, who was Joey and Ross's girlfriend. After her stint on "Friends," she had guest spots on "Nip/Tuck" and "CSI: Miami."

She took season-long recurring roles on both "CSI" and "24" in 2004 through 2005. She filmed her own talk show pilot for ABC, as well as a pilot for a CBS sitcom, but unfortunately neither were picked up. She had a regular role on CBS's "Ghost Whisperer" and then appeared in several films such as "The Santa Claus" 2 and 3, ".45," "Balls of Fury," "Death Sentence," and "Black Water Transit." Tyler continued to make several appearances around this time on TV shows like "Boston Legal" and "Reno 911!". She wrote her first book in 2004, "Swerve: A Guide to the Sweet Life for Postmodern Girls." 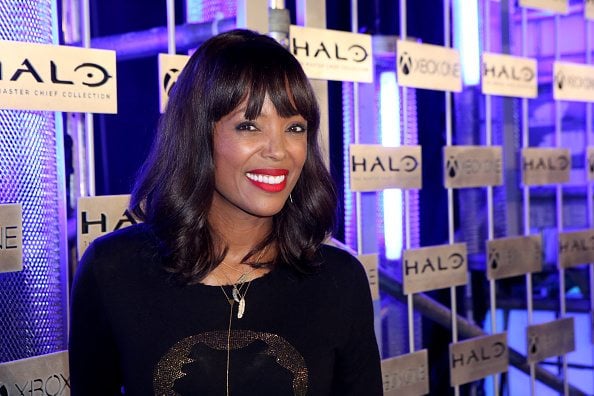 In early May 2009, ABC gave Tyler her own talk show pilot called "The Aisha Tyler Show," however, the show did not get picked up. She voiced Lana Kane in the FX series "Archer" in 2010, which continued to run until 2021. It ran for a total of 12 seasons and she was featured in most episodes. In 2011, Tyler started a weekly podcast called "Girl on Guy." It was announced in 2011 that Tyler would replace Holly Robinson Peete as a permanent co-host of "The Talk." She stayed at "The Talk" for six years and left the show at the end of the seventh season due to a busy schedule of directing films and starring on TV shows.

Tyler released her second book in July 2013, "Self Inflicted Wounds: Heartwarming Tales of Epic Humiliation." It became a New York Times bestseller. In 2015, Tyler took a recurring role on season 11 of "Criminal Minds," portraying Dr. Tara Lewis. She was meant to serve as a temporary replacement for Jennifer Love Hewitt, who was at the time taking maternity leave, however, Tyler became a main cast member in season 12. She appeared on the show for five years, concluding her run in 2020 after appearing in 87 episodes of the show. In 2017, Tyler made her directorial debut with her first feature film "Axis." The film was shot in just seven days in Los Angeles, on a crowdfunding budget. It took the Outstanding Achievement in Feature Filmmaking award at the Newport Beach Fim Festival and was named "Best of the Fest" at the Sarasota Film Fest in 2017. Since 2021, Tyler has appeared as Mickey on "Fear the Walking Dead."

Tyler was married to attorney Jeff Tietjens from 1992 until their divorce was finalized in May 2017. She has been in a relationship with actress Emily Bett Rickards since 2018.

Tyler is very active in charity work and she volunteers for Planned Parenthood, the American Red Cross, The Trust for Public Land, and the International Rescue Committee. She plays on the World Poker Tour for the charity Futures Without Violence. She is an active and vocal advocate for LGBTQ rights. 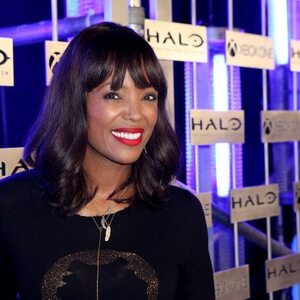