Adele Givens net worth: Adele Givens is an American actress and comedian who has a net worth of $1.5 million. Adele Givens was born in Chicago, Illinois in July 1960. She was the Grand Prize Winner of the Crown Royal Comedy Contest in Chicago in 1989. In 1990 she was a finalist in the Miller Life Comedy Search and lost out to Bernie Mac.

Her first appearances came in the TV series Martina and Moesha in 1996. In 1997 she appeared in The Steve Harvey Show and in 1998 she starred as Tricks in the movie The Players Club. Givens had a recurring role in the series Tracey Takes On… as Hellura from 1998 to 1999. From 2001 to 2002 she starred as Shari on the TV series The Hughleys. In 2005 she starred in the film Beauty Shop and in 2014 she starred in Sex Ain't Love. Adele also appeared in episodes of The Parkers and Are We There Yet?. She made five appearances on Def Comedy Jam and appeared on other comedy specials. Givens was nominated for a BET Comedy Award in 2005. In September 2014 Sheryl Underwood claimed to have heard Givens talking negatively about her on a conference call for the Queens of Comedy tour and revealed it on The Talk. 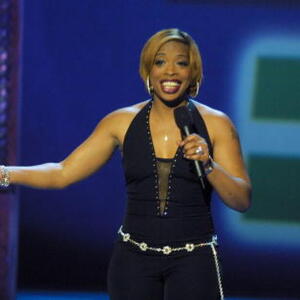