What is Adam Sandler's net worth, salary and career earnings?

Adam Sandler is an American actor, comedian and producer who has a net worth of $440 million. Adam Sandler first rose to national fame as a cast member on Saturday Night Live before making the jump to Hollywood. At various points during his career, Adam has been the highest-paid entertainer in the world. To this day he easily makes $50 -60 million per year from his various endeavors. That's enough to make him one of the richest actors in the world, but he's still a long ways from being one of the richest people in the world!

Adam Sandler was born on September 9, 1966 in Brooklyn, NY. The family moved to Manchester, New Hampshire when Adam was six years old. He attended New York University's Tisch School of the Arts, where he graduated in 1988. Adam started acting professionally before graduating, making cameo appearances in The Cosby Show and on the MTV game show Remote Control. After graduating he started landing sporadic film roles in movies like 1989's Going Overboard.

Around this time he began performing standup comedy around the country. He was noticed by Saturday Night Live Weekend Update anchor Dennis Miller after a performing in Los Angeles. Miller recommended Sandler to SNL creator/executive producer Lorne Michaels. In 1990 Adam was hired as a writer on SNL. He joined as a cast member the following year and soon became famous for a variety of characters.

In the off season, Adam continued to appear in films. He appeared in the 1993 movie Coneheads and the 1994 movie Airheads. In 1995 he starred in what was his first starring venture, the soon-to-be-classic Billy Madison. Billy Madison was a surprise hit, making $26 million on a budget of $10 million.

Also in 1995, Adam and cast mate Chris Farley were both fired from SNL. It was unexpected and unexplained by the producers, but on the plus side, they were freed up to pursue film careers full-time.

Over the next decade, Adam appeared in a number of additional soon-to-be-classic Sandler comedies including Happy Gilmore, The Wedding Singer, The Waterboy, Big Daddy, Little Nicky, Mr. Deeds, 50 First Dates and The Longest Yard, to name just a few. He also transitioned away from comedy with roles in movies like Spanglish and Punch-Drunk-Love.

Adam wrote and produced many of these films as well.

Through his Happy Madison Production company, Adam has produced several movie that he did not appear in at all, notably franchises for friends Rob Schneider, David Spade and Nick Swardson. 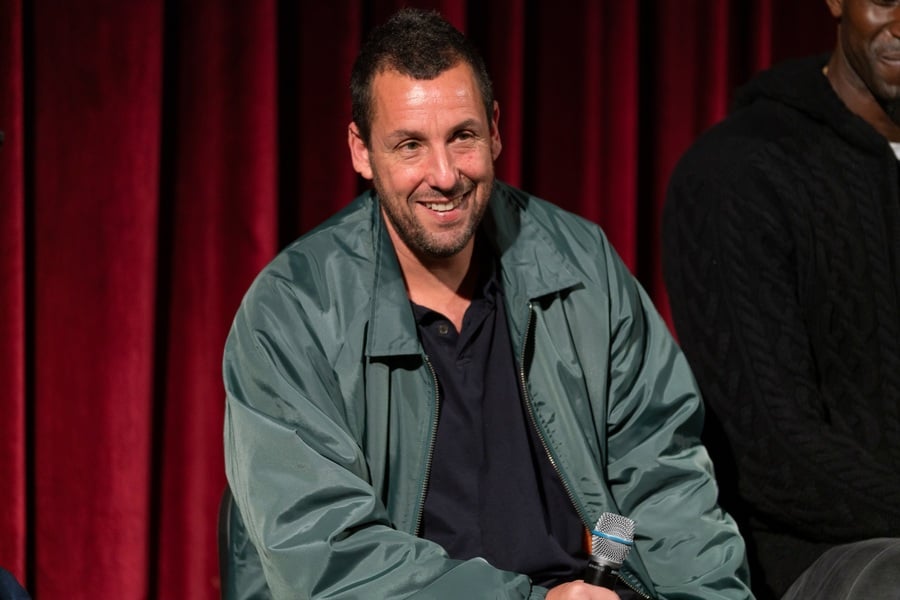 Today Adam Sandler is probably famous for two things; making funny movies and getting paid tons of money to make said movies. Through his acting and producing, Sandler has been able to demand some of the highest paychecks in the entertainment business. He is one of Hollywood's most bankable stars and consistently earns $25+ million per movie plus guaranteed percentages of a project's GROSS profits (as opposed to the more standard cut of NET profits).

Adam Sandler has starred in more than 50 major studio releases since he left Saturday Night Live. He earned at least $20 million for roughly 20 of those movies. That alone is $400 million in pre-tax earnings.

Adam earned $1.7 million for 1995's Billy Madison and $2.5 million for 1996's Bullet Proof. In 1999 he earned $8 million for Big Daddy. Big Daddy went on to earn more than $230 million off a budget of $36 million. Riding this success, Adam signed a lucrative overall deal with Sony Pictures which entitled him to a base salary of $20 million per movie PLUS 20-25% of a film's gross profits.

For example, when Adam starred in the 2003 movie Anger Management, he earned $25 million plus 25% of the gross. When it was all said and done, Adam's bonus was $37.5, million for a total paycheck of at least $60 million.

In 2014, Adam signed a four-film $250 million production deal with Netflix. In 2017, he renewed the deal for four additional movies. Despite receiving universally terrible reviews, Adam's Netflix movies have been streamed more than 500 million hours since 2014.

Adam and his family own a number of impressive houses around the country. In 2004, they paid $13 million for a mansion in the Pacific Palisades neighborhood of Los Angeles. He bought the house from Kurt Russell and Goldie Hawn. In 2001 he spent $3.1 million on a beachfront home in Malibu. Other California properties include a condo in West Hollywood's Sierra Towers building, a home in Brentwood and a home in Calabasas. And in October 2022 the Sandlers paid $4.1 million for another Pacific Palisades mansion.

Outside of California the Sandlers own homes in Hawaii, New York City, Long Island and Manchester, New Hampshire.

Adam has been married to model/actress Jacqueline Titone, AKA Jackie Sandler, since 2003. They have two children together, both daughters.