What is Adam McKay's Net Worth?

Adam McKay is a director, producer, and screenwriter who has a net worth of $60 million. Adam began his career as a head writer for "Saturday Night Live" in the 1990s. Later, in the 2000s, he rose to fame for writing and directing the Will Ferrell comedies "Anchorman," "Talladega Nights," and "Step Brothers." McKay went on to write and direct more dramatic work in the 2010s, receiving multiple accolades for his films "The Big Short" and "Vice."

Adam McKay was born in 1968 in Denver, Colorado and was brought up in Philadelphia, Pennsylvania. His mother worked as a waitress, while his father was a musician; when McKay was seven, they divorced. He attended Great Valley High School in Malvern, Pennsylvania, and then enrolled at Pennsylvania State University for a year. McKay subsequently transferred to Temple University, from which he dropped out with only a little over a semester to go.

In the late 80s and early 90s, McKay performed at ImprovOlympic in Chicago. While there, he helped found the Upright Citizens Brigade improv comedy group with such fellow members as Amy Poehler, Matt Besser, Matt Walsh, and Rick Roman. McKay also performed improv at Chicago's Second City, where he did a number of satirical political sketches.

Although he originally auditioned to be an onscreen performer on "Saturday Night Live," McKay failed to make the cut. However, he submitted a number of scripts that landed him a job as a writer in 1995. Within a year, McKay became head writer, a position he remained in until 2001. During his tenure, he also directed various short films, including the original SNL Digital Shorts. Additionally, McKay made some appearances in front of the camera; one of them was as a recurring character named Keith, who would heckle celebrity hosts during the opening monologue.

Collaborations with Will Ferrell

A few years after leaving "Saturday Night Live," McKay partnered with comedian and "SNL" star Will Ferrell to form the company Gary Sanchez Productions. Together, the two wrote the 2004 film "Anchorman: The Legend of Ron Burgundy," which became McKay's feature film directorial debut. Costarring Christina Applegate, Paul Rudd, Steve Carell, and David Koechner, among others, the film was a significant hit, and went on to be regarded as one of the best comedy films of the decade. Further, it spawned a direct-to-DVD companion film as well as a 2013 sequel.

McKay continued to collaborate with Will Ferrell following the success of "Anchorman." Their next movie was the 2006 NASCAR comedy "Talladega Nights: The Ballad of Ricky Bobby." Ferrell was joined in the film by John C. Reilly, Gary Cole, Amy Adams, Jane Lynch, and Sacha Baron Cohen, among other actors. The next McKay and Ferrell collaboration was 2008's "Step Brothers," also featuring John C. Reilly. The film follows two immature 40-year-old men who are forced to live together after their single parents marry each other. Following this was McKay's 2010 buddy cop film "The Other Guys," costarring Mark Wahlberg. Although Ferrell played one of the leading roles, it was the first of his collaborations with McKay that he didn't co-write. Later collaborations between the two have included "The Campaign" and "Get Hard," on both of which McKay served as a co-writer only. 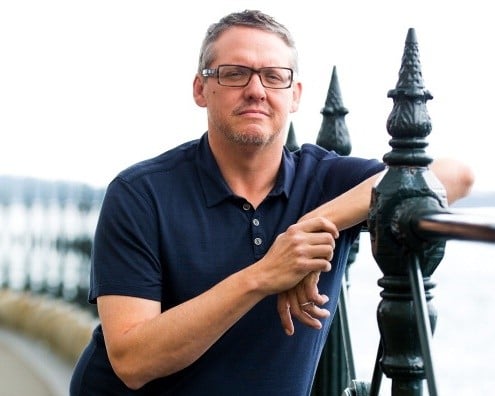 In 2015, McKay ventured into more dramatic filmmaking with "The Big Short," an adaptation of Micheal Lewis's non-fiction book about the players who profited from the 2008 financial crisis. Starring Steve Carell, Cristian Bale, and Ryan Gosling, the film was a commercial and critical success, earning five Academy Award nominations including Best Director for McKay. Additionally, McKay received a nomination for Best Adapted Screenplay, which he ended up winning.

McKay continued his newfound film success with 2018's "Vice," a satirical biopic about former US Vice President Dick Cheney and the amorality of the Bush administration. Starring Christian Bale, Steve Carell, Amy Adams, and Sam Rockwell, it earned eight Academy Award nominations, with McKay once again nominated for his directing and writing. Next, McKay wrote and directed the 2021 science-fiction comedy "Don't Look Up," about two low-level scientists who futilely attempt to warn the world of an incoming meteor. It features an all-star ensemble cast made up of Leonardo DiCaprio, Jennifer Lawrence, Meryl Streep, Cate Blanchett, Jonah Hill, Rob Morgan, Mark Rylance, Tyler Perry, and Timothée Chalamet, among others.

Other Producing and Writing Endeavors

McKay has served as a producer on numerous films he didn't direct or write. Among them are "Casa de Mi Padre," "Bachelorette," "Hansel & Gretel: Witch Hunters," "Tammy," "Sleeping with Other People," "Daddy's Home," "The Boss," "The House," "Hustlers," and "Fresh." He has also served as executive producer on a handful of television programs, including the sports comedy series "Eastbound & Down" and the satirical drama "Succession," both on HBO.

Beyond film and television, McKay has written various short videos for the web, such as "The Landlord," "Ron Howard's Call to Action," "Presidential Reunion," and "The President's Sun." For the stage, McKay directed the 2009 Broadway show "You're Welcome America," which he also co-wrote with Ferrell. Later, McKay hosted the science comedy podcast "Surprisingly Awesome" with Adam Davidson from 2015 to 2016.

In 1999, McKay wed director and writer Shira Piven, the sister of actor Jeremy Piven. Together, the couple has two daughters, Lili Rose and Pearl. 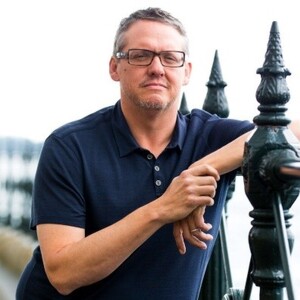