Adam Ferrara net worth: Adam Ferrara is an American actor and comedian who has a net worth of $2 million dollars. Born in Queens, New York, Adam Ferrara grew up in Huntington Station, New York, and began his professional career as a stand-up comic. He has appeared on "Comedy Central Presents…", "The Tonight Show", and "The Late Show with David Letterman", among other programs.

He has also been nominated for the American Comedy Award for Best Male Stand-Up twice. He began working on television in the early 90s, playing guest-starring or recurring roles on such shows as "Flying Blind", "Caroline in the City", and "Love Boat: The Next Wave". In 2001, he was cast as Tommy Manetti in the short-lived comedy/drama series, "The Job", starring Denis Leary. Five years later, he would again be cast opposite Denis Leary in the hit F/X series, "Rescue Me". "Rescue Me" completed its final season in 2011. In addition to his work on "Rescue Me", he also appeared in such films as "Paul Blart: Mall Cop" and "Winter of Frozen Dreams". He currently serves as host of the American version of "Top Gear". 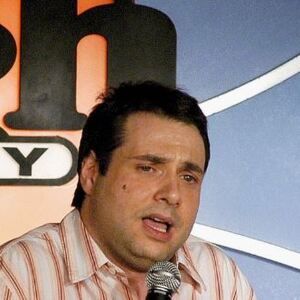