Abby Elliott net worth: Abby Elliott is an American actress, comedian, and voice actress who has a net worth of $1.5 million. Abby Elliott was born in New York City, New York in June 1987. She is the daughter of comedian Chris Elliott.

Abby Elliott is best known for her work as a cast member on the NBC television series Saturday Night Live. She took comedy classes at The Groundlings and performed at the Upright Citizens Brigade Theatre in Los Angeles, California. She was a cast member on Saturday Night Live from 2008 to 2012 where she did impressions of Christina Aguilera, Katy Perry, Anne Hathaway, Angelina Jolie, Anna Faris, Joan Cusack, Khloe Kardashian, Rachel Maddow, Marilyn Monroe, Sarah McLachlan, Leah Remini, Kesha, Zooey Deschanel, and more. Elliott starred in the series CollegeHumor Originals from 2011 to 2013 and had a recurring role as Jeanette Peterson from 2013 to 2014. She also starred in the movies No Strings Attached, High Road, Fun Size, Life Partners, Teenage Mutant Ninja Turtles, and Sex Ed. She has also appeared in episodes of the TV series How I Met Your Mother, 2 Broke Girls, Inside Amy Schumer, and Happy Endings. 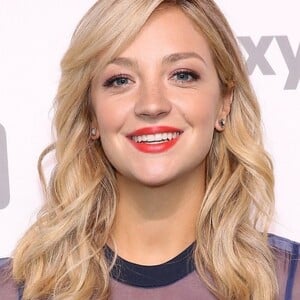