Abbi Jacobson Net Worth and Salary: Abbi Jacobson is an American comedian, actress, writer, and illustrator who has a net worth of $6 million. Jacobson is best known for co-starring in and co-creating the Comedy Central television series "Broad City" (2014–2019) with Ilana Glazer. Abbi wrote and starred in the solo show "Welcome to Camp" in 2011 in New York and Los Angeles, and she has appeared in the films "Neighbors 2: Sorority Rising" (2016), "Person to Person" (2017), and "6 Balloons" (2018). She has lent her voice to several projects, including "BoJack Horseman" (2016–2018), "The Lego Ninjago Movie" (2017), "Disenchantment" (2018–present), and "Bob's Burgers" (2020), and she published two coloring books, "Color This Book: New York City" and "Color This Book: San Francisco," in 2013. Jacobson also wrote the book "I Might Regret This: Essays, Drawings, Vulnerabilities, and Other Stuff" (2018) and illustrated the "New York Times" bestseller "Carry This Book" (2016).

Early Life: Abbi Jacobson was born Abbi Lee Jacobson on February 1, 1984, in Wayne, Pennsylvania. Her mother, Susan Komm, is an artist, and her father, Alan, is a graphic designer. Abbi and her older brother, Brian, were raised in the Jewish faith, and Jacobson studied at Valley Forge Middle School and Conestoga High School. After graduation, she enrolled at Maryland Institute College of Art to study video production and fine arts, earning a B.F.A. in General Fine Arts in 1984. Abbi also took stand-up comedy classes while briefly studying acting at Boston's Emerson College. After college, she relocated to New York City and started taking classes at the Upright Citizens Brigade Theatre.

Career: Jacobson met Ilana Glazer at the UCB Theatre, and in 2009, the two teamed up to film a web series called "Broad City." The web series received positive attention from major publications such as "Entertainment Weekly" and "USA Today," and after UCB founding member Amy Poehler saw "Broad City," she met with Abbi and Ilana to help them shop a pilot for a TV series, and she made an appearance in the finale of the web series. Poehler agreed to come onboard as a producer of the potential "Broad City" TV series," and though the FX network initially showed interest, purchasing a script commitment, Comedy Central bought the script after FX didn't approve it. "Broad City" premiered on Comedy Central on January 22, 2014, and aired 50 episodes over five seasons. The show earned much critical acclaim during its run, and it was named the ninth best show of the decade by "Vanity Fair."

Personal Life: Abbi has said that she dates both men and women and that's she's interested in dating people who are funny and "doing something they love." Jacobson's love of art inspired her to start a podcast, "A Piece of Work," in 2017. Described as "everything you wanted to know about modern and contemporary art but were afraid to ask," the podcast was produced by WNYC Studios and MoMA and featured guests such as Hannibal Buress (her "Broad City" co-star) and RuPaul.

Real Estate: In 2017, Abbi paid $1.59 million for a 3-bedroom home in the Silver Lake area of Los Angeles. The home, which measures a little over 2,000 square feet, includes an office, wall-to-wall living room windows, a balcony, and a 3-car garage. 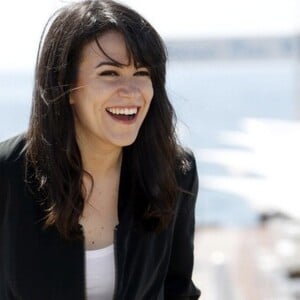