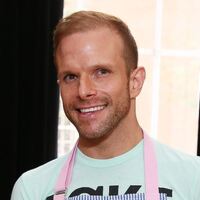 Zac Young net worth: Zac Young is an American pastry chef and television personality who has a net worth of $4 million. He is best known for appearing on several cooking shows.

Zac Young was born in Portland, Maine. He graduated from the Institute of Culinary Education in 2006. Young co-founded the PieCaken dessert while he worked as an executive pastry chef for the David Burke Group. He first appeared as a contestant on the reality television series Top Chef: Just Desserts in 2010. From 2011 to 2017 Zac Young appeared as a pastry chef on the TV series Unique Sweets. From 2017 to 2018 he was a judge on the reality series Bakers vs. Fakers. Zac Young served as a judge on the reality TV series Santa's Baking Blizzard in 2019 and Halloween Baking Championship starting in 2017. In 2015 he was named one of the Top Ten Pastry Chefs in America.