Tim Love net worth: Tim Love is an American chef and television personality who has a net worth of $3 million. Tim Love was born in November 1971. Love owns and serves as executive chef at several Fort Worth, Texas area restaurants which include the White Elephant Saloon, the Woodshed Smokehouse, the Love Shack, and Lonesome Dove Western Bistro.

Love stared as a chef in Knoxville, Tennessee where he worked to earn money while studying at the University of Tennessee. He moved to Colorado to be a chef at the Uptown Bistro where he won the Taste of Breckenridge Grand Award for three years in a row as well as the Taste of the Mountains award. He worked as Executive Chef at Mira Vista Country Club in Fort Work, TX, and as a chef at Reata, also in Fort Worth. Love has often appeared on the Today Show on NBC and Good Morning America on ABC. He competed on the  Food Network's Iron Chef America in 2006 and on Top Chef Masters in 2009. His Food Network documentary Cowboys on the Trail received a James Beard Foundation nomination. 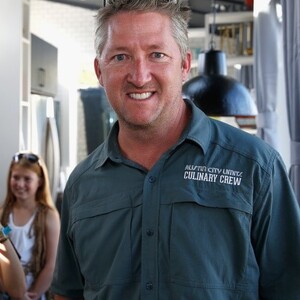