Ted Allen Net Worth: Ted Allen is an American television personality, writer, and cookbook author who has a net worth of $5 million. Ted Allen was born in Columbus, Ohio in May 1965. Allen graduated from Purdue University and earned his M.A. in journalism from the Science and Environmental Reporting Program at New York University.

He worked as a copy editor at the Lafayette, Indiana, Journal & Courier and then a reporter for Lerner Newspapers. He became a senior editor for Chicago magazine and then a contributing editor for Esquire. In 2003 Allen became a cast member of the television series Queer Eye for the Straight Guy. He has also been featured on the TV series Iron Chef America: Battle of the Masters, Uncorked: Wine Made Simple, Trading Spaces, Top Chef, Food Detectives, The Best Thing I Ever Ate, Food Network Star, The Best Thing I Ever Made, Iron Chef America: The Series, America's Best Cook, and Chopped. Allen won a Primetime Emmy Award in 2004 for Outstanding Reality Program for Queer Eye for the Straight Guy. He has authored seven books including two cook books. He received the James Beard Foundation Award in 2012 for being the host of Chopped. Ted is openly gay and married his partner Barry Rice in 2013. 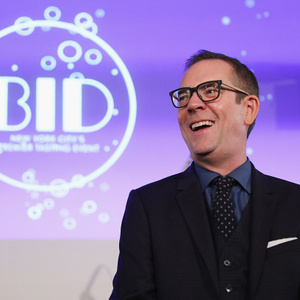