Sunny Anderson net worth: Sunny Anderson is an American television personality who has a net worth of $5 million. Sunny Anderson was born in Lawton, Oklahoma in April 1975. She is best known for being a Food Network personality. After graduating high school she joined the United States Air Force where she worked for the Air Force News Agency and worked as a military radio host.

Anderson then worked as a radio personality in San Antonio, Texas, Fort Polk, Louisiana, Montgomery, Alabama, and Detroit, Michigan. In 2001 she worked at HOT 97 in New York City. She owned the catering company Sunny's Delicious Dishes in Jersey City, New Jersey from 2003 to 2005. Anderson first appeared on the Food Network in 2005 as a guest on the Emeril Live series. From 2010 to 2011 she appeared on the television series The Best Thing I Ever Ate. Anderson hosted the series Cooking for Real from 2008 to 2011. Since 2014 she has hosted the television series The Kitchen. She has also appeared on episodes of the TV series The Perfect 3, Home Made in America, Iron Chef America Countdown, The Best Thing I Ever Made, Rachael Ray, Today, The Talk, Beat Bobby Flay, and Top 5 Restaurants. 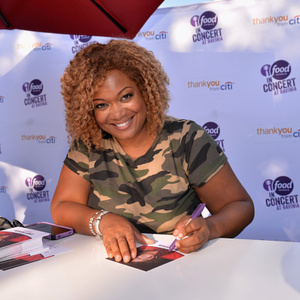