Stephanie Izard net worth: Stephanie Izard is an American chef and reality television personality who has a net worth of $3 million. Stephanie Izard was born in Evanston, Illinois in October 1976. She is known for becoming the first female chef to win the reality TV series Top Chef on Bravo during the fourth season.

Izard is the executive chef and co-owner of three award winning Chicago restaurants which are Girl and the Goat, Duck Duck Goat, and Little Goat. At 27 years old she opened her first restaurant Scylla as the chef-owner, but it has since closed. Stephanie Izard won a James Beard Foundation Award for Best Chef: Great Lakes in 2013 for Girl and the Goat. She has appeared on other TV series including Top Chef Duels. Stephanie Izard defeated Bobby Flat, Masaharu Morimoto, and Michael Symon on the Food Network series Iron Chef Gauntlet in 2017 to win the title of Iron Chef. 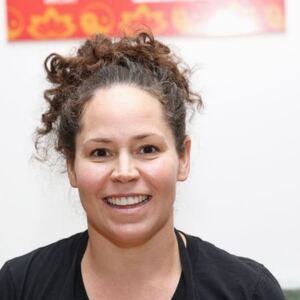