Rocco Dispirito net worth: Rocco DiSpirito is an Italian American chef based in New York City who has a net worth of $9 million. Rocco DiSpirito earned his net worth as one of the most popular celebrity chefs on TV. As a child growing up in Jamaica, Queens, he learned the recipes for many traditional Italian dishes from his mother. He graduated in 1986 from the Culinary Institute of America in Hyde Park, New York, and in 1990 from Boston University with a bachelor's degree in business. He is known for his Italian-American cuisine and his innovative fusion cooking. He is a celebrity chef and cookbook author of Italian-American heritage. A rising star in the 1990s New York City culinary scene, Rocco DiSpirito has expanded his reach beyond the kitchen to become a successful cookbook author and television personality. He opened his restaurant in 1997 in the Gramercy Park section of Manhattan. He was well reviewed by the New York Times for his new restaurant Union Pacific in 1997. He was named "Best New Chef" by Food and Wine magazine in 1999. In 2003 and 2004 the NBC reality show The Restaurant followed him and his mother during their opening of Rocco's 22nd Street. He attracted a lot of attention for his good looks and was named "Sexiest Chef" by People magazine in 2002. He was also featured in a Lincoln MKX commercial and the ABC sitcom The Knights of Prosperity, and was a guest judge on Bravo's Top Chef. He was a contestant on season seven of Dancing With The Stars on September 22, 2008. He was paired with Karina Smirnoff and was eliminated on the October 14, 2008. In 2006, he performed a public service announcement for Do Something to promote food drives for schools. In June of 2011 he debuted as host of a weekly reality TV cooking competition, titled Rocco's Dinner Party, on Bravo TV. Rocco DiSpirito was born on November 19, 1966, in Queens, New York. 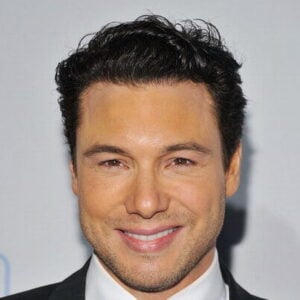