What is Paula Deen's Net Worth and Salary?

Paula Deen is an American restauranteur, cook, author, and television personality who has a net worth of $16 million dollars. She has released a number of successful cookbooks and hosted several cooking shows. She has also attracted controversy at times for racist remarks and awkward apologies.

Paula Ann Hiers was born in Albany, Georgia, on January 19, 1947, to Corrie A. and Earl Wayne Hiers, Sr. She was raised Baptist, and remains devoted to her faith. After her parents passed away before she was 23 years old, and the failure of an early marriage, Deen began suffering from panic attacks and agoraphobia. She began cooking, because it was something she could do for her family without leaving the house. She is known by the last name Deen, from her marriage to Jimmy Deen. They were married from 1965 to 1989, and have two sons together. After her divorce from Jimmy Deen, she worked a variety of jobs to support her children and younger brother, Earl ("Bubba") Hiers. These jobs include hanging wallpaper, working as a bank teller, selling real estate and insurance, and a catering business. In 2004, Deen married Michael Groover, a tugboat captain. Their wedding was featured in a show on the Food Network, and took place at Bethesda Academy in Savannah.

Deen's catering service, The Bag Lady, was originally operated out of her own kitchen at home. As the business grew, she moved into the Best Western on the southside of Savannah, Georgia, in 1991, opening a restaurant called The Lady. In January 1996, Deen opened the restaurant The Lady & Sons in downtowan Savannah, on West Congress Street; within a few years it had moved to an old building on Whitaker. In 1999, USA Today named The Lady & Sons the "International Meal of the Year". Additionally, Deen owned four casino buffets at: Harrah's Casino Tunica in Mississippi, Harrah's Cherokee casino in North Carolina, Horseshoe Southern Indiana, and Harrah's Joliet in Illinois. However, these buffets were all rebranded in 2013. She also was co-owner of Uncle Bubba's Oyster House in Savannah, Georgia, which underwent an "abrupt closure" in April 2014, before reopening in June 2017 as Paula Deen's Creek House. Other restaurant ventures Deen has been involved in include Paula Deen's Family Kitchen in Pigeon Forge, Tennessee, another restaurant in Myrtle Beach, South Carolina, and two locations in Texas.

In 1997, Deen self-published "The Lady & Sons Savannah Country Cookbook" and "The Lady & Sons, Too! A Whole New Batch of Recipes from Savannah". She then published two more cookbooks, co-written with Martha Nesbit. Her life story featured in the 2007 book "Extraordinary Comebacks: 201 Inspiring Stories of Courage, Triumph, and Success". She also published her memoir "It Ain't All About the Cookin'" in April 2007 with Simon & Schuster. In November 2005, Deen launched her own lifestyle magazine "Cooking with Paula Deen", which as of March 2009 claimed a circulation of 7.5 million.

Deen began her relationship with the Food Network in 1999, when she was introduced by her friend to Gordon Elliott, a producer and television personality, and Barry Weiner, the owner of Artist's Agency. Elliott subsequently took Deen on a few episodes of the series "Doorknock Dinners", and she also appeared on the show "Ready, Set, Cook!". After filming a pilot named "Afternoon Tea" in early 2001, Deen impressed the network, and they gave her her own show. "Paula's Home Cooking" premiered on the Food Network in November 2002, and Gordon Elliott served as the show's executive producer. Original tapings of the show occurred in Millbrook, New York, but beginning in November 2005, production of the show began at her home in Savannah, Georgia. Deen won a Daytime Emmy Award for Outstanding Lifestyle Host in June 2007, for "Paula's Home Cooking".

Since then, Deen has filmed two more Food Network shows, "Paula's Party", which premiered in 2006, and "Paula's Best Dishes", which began siring in 2008. Furthermore, in March 2006, an episode of the "Chefography" program featured a biography of Deen. 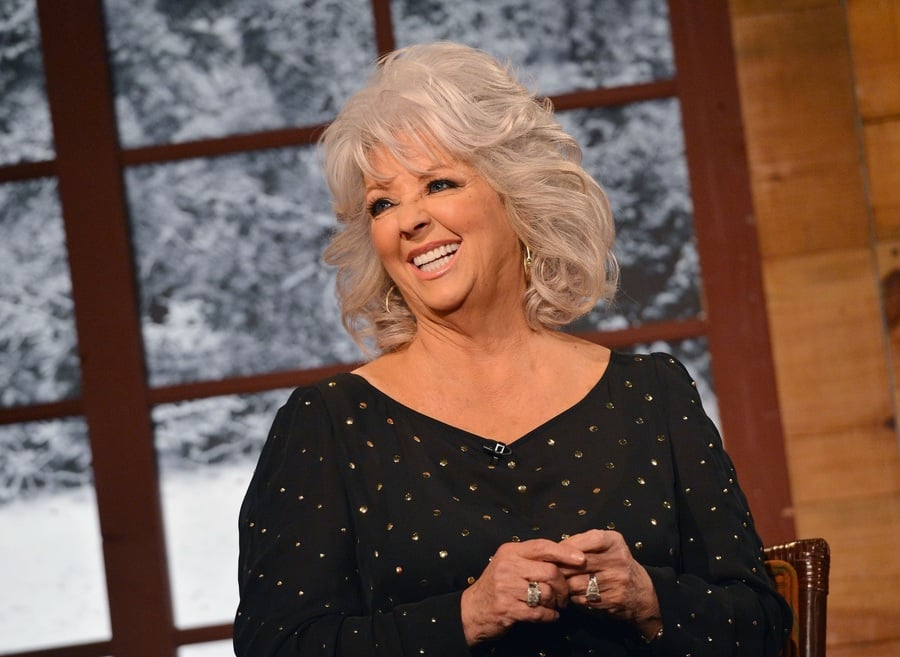 After a controversy in 2013, where Deen admitted during a deposition for a lawsuit that she had used racial slurs in a social media post, the Food Network announced they would not be renewing her contract. Then, in September 2014, Deen announced she would be unveiling her own network. The Paula Deen Channel was launched on Roku on March 11, 2015. In October 2016, Deen launched a syndicated television show, "Positively Paula".

Additionally, in 2015 Deen was a competitor on the 21st season of the hit competition show "Dancing with the Stars", finishing in 9th place overall. She also appears regularly on the home shopping network Evine, where she sells a wide variety of merchandise including kitchen appliances, food products, and clothing.

In September 2009, Deen announced her new dessert line, to be sold at Walmart. It included the signature pies Apple Crunch Top and Dark Rum Pecan, Old Fashioned Fudge, and St. Louis style Gooey Butter Cake bars. Deen made her film debut in "Elizabethtown" (2005), playing the aunt of Orlando Bloom's character. The role featured her cooking. In conjunction with the film's premiere, the Food Network aired the special "Paula Goes Hollywood".

In June 2013, Deen was sued by Lisa Jackson for racial and sexual discrimination. The suit was dismissed by the judge, but after Deen stated in her deposition that she had used a racial slur before, there was widespread backlash against her. She ended up losing publishing deals and endorsement contracts with the Food Network, Smithfield Foods, Walmart, Target, QVC, Caesars Entertainment, Novo Nordisk, Sear, and Kmart. Other controversies include criticism of Deen's use of sugar in recipes, as well as backlash over a Halloween picture from 2011 that depicts Deen dressed as Lucy Ricardo from the show "I Love Lucy", along with her son Bobby dressed as the character Ricky Ricardo in brownface makeup. 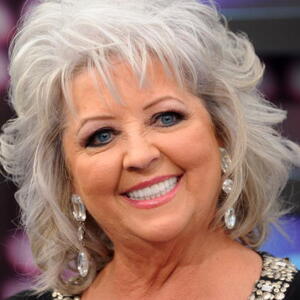