Paul Wahlberg Net Worth and Salary: Paul Wahlberg is an American chef and reality television star with a $10 million net worth. He is best known for his restaurant "Alma Nove," as well as for co-owning "Wahlburgers," a chain of casual-dining burger restaurants. Following the restaurant's success, A&E launched a reality television series to follow the Wahlberg family's life and their restaurant chain. More than 49 "Wahlburgers" locations exist across the United States, Canada, and Germany, with plans to expand into Australia and New Zealand. He is the older brother of actor/singers, Mark Wahlberg and Donnie Wahlberg.

Early Life: Paul Wahlberg was born on March 20th of 1964, in Boston, Massachusetts. Out of nine children, Paul is the fifth and was the first of his siblings to graduate from high school. Paul's mother, Alma, worked as a bank clerk and a nurse's aid, although she was well-known as an exceptional cook. His father, Donald, was a soldier in the US military and served during the Korean War. Wahlberg's parents divorced in 1982 before he reached his twenties.

Growing up, Paul was fascinated by cooking and cooking shows. He loved spending time helping in the kitchen and learning from his mom, later stating that Sunday dinners inspired him to become a professional chef. While in high school, Wahlberg began working as a caterer for a local company. Upon graduation, Paul worked in several kitchens around Boston, including The Charles Hotel, The Four Seasons, and Bridgeman's in Hull, MA, where he eventually served as the Executive Chef for nine years.

Career: In 2010, Wahlberg opened his restaurant in Hingham, Massachusetts, called "Alma Nove." The restaurant derives its name from Paul's mother and "nove," which means nine in Italian, symbolizing her nine children. Alma Nove is a waterfront restaurant, intimately arranged, and can seat 143 patrons. The restaurant walls are framed in glass and capped by an elegant rotunda, with hand-blown glass bulbs that illuminate the restaurant's inside. During the warmer months, an outdoor wrap-around patio is available to customers, where they can watch colorful sunsets over the water.

The restaurant focuses on Italian/Mediterranean cuisine and has become a staple within the community. Wahlberg is a huge supporter of the locavore movement and promotes local vendors by utilizing their fresh ingredients in his dishes and serving fresh, off-the-boat seafood. Alma Nove serves signature dishes such as Braised Pork Meatballs with polenta, Sauteed Prince Edward Island Mussels, Baked Strozzapreti, as well as Pan-Seared Halibut and Wood-Grilled Sirloin steak.

In 2011, along with his younger brothers, actors Mark and Donnie Wahlberg, Paul founded "Wahlburgers," opening the first restaurant in Dingham, Massachusetts. "Wahlburgers" is a casual-dining burger restaurant, and, over the years, has swiftly expanded into a reputable chain. There are currently over 49 locations across the US, Canada, Germany, with several food trucks operating in the US. The menu features an assortment of hamburgers, sandwiches, hotdogs, and salads, all created by Paul and inspired by him and his family.

In 2014, due to the restaurant's success, A&E began airing a reality television series called "Wahlburgers." The show follows the closely-knit Wahlberg family and their restaurant chain, highlighting behind-the-curtain-scenes of what happens with Mark and Donnie as owners and Paul as the head chef. The show features appearances from all nine siblings and their mother, Alma. "Wahlburgers" ran for ten seasons with 95 episodes and received an Emmy nomination for Outstanding Unstructured Reality Program in 2014.

In 2020, the Wahlberg brothers signed a partnership deal with United Cinemas, which will bring "Wahlburgers" locations to Australia and New Zealand.

Relationships: Paul Wahlberg is happily married and has two children; a son named Ethan and a daughter named Madison. Paul and his family live together in Hingham, Massachusetts. 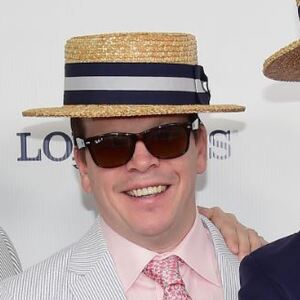