Nobu Matsuhisa net worth: Nobu Matsuhisa is a Japanese chef and restauranteur who has a net worth of $200 million. Nobu Matsuhisa was born in Saitama, Japan in March 1949. He is known for creating traditional Japanese dishes which are blended with Peruvian ingredients and his signature dish is his black cod in miso. 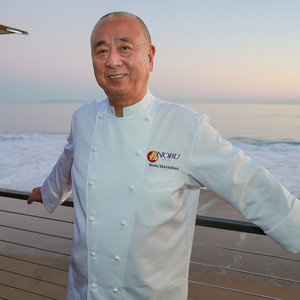