Matt Preston net worth: Matt Preston is an English-Australian restaurant critic, food journalist, writer, and television personality who has a net worth of $5 million. Matt Preston was born in London, England, United Kingdom in July 1961. He is best known for being a judge on the reality television series MasterChef Australia.

Preston has had weekly food columns the Herald Sun, The Daily Telegraph, and The Courier-Mail. He has also authored three best-selling cookbooks. Preston graduated from the University of Kent and then became a DJ and punk musician. He worked at City Limits at IPC Magazines and then became an Australian TV correspondent. He served as Creative Director at the Melbourne Food and Wine Festival from 2004 to 2009. Preston has contributed to The Age Good Food Guide and Good Taste Magazine. He was the National Chief Judge for Restaurant and Catering's National Awards for Excellence for five years. 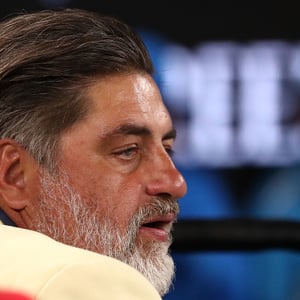