Martin Yan net worth: Martin Yan is a Chinese American chef and food writer who has a net worth of $10 million. Martin Yan was born in Guangzhou, China in December 1948. He is best known for hosting the PBS television series Yan Can Cook starting in 1982. His father owned a restaurant and Yan started cooking at 12 years old.

When he was 13 he moved to Hong Kong and studied while working in his uncle's restaurant and learning about Chinese barbecue. He later studied in Canada and ended up earning his Master of Science in food science at the University of California, Davis. Yan started to teach Chinese cooking and first appeared on a Canadian talk show in 1978. He has also hosted other TV series including Martin Yan's Chinatown Cooking and Martin Yan's Hidden China. He has his own chain of Yan Can Restaurants and the Yan Can International Cooking School. Yan has also authored more than 20 cookbooks and is designated as a Master Chef by the American Culinary Federation. 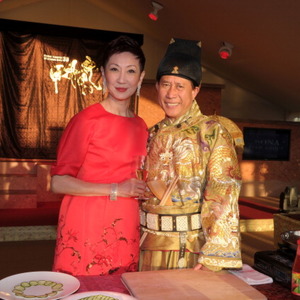