Mario Batali Net Worth: Mario Batali is an American chef, restaurateur, writer, and television personality who has a net worth of $25 million. At one time, Batali ran a restaurant empire featuring several cookbooks, thriving restaurants, a line of food products, and countless appearances on television and in print. At the peak of his empire, Mario and his partner, Joe Bastianich, managed 16 restaurants from New York, Los Angeles, and Las Vegas to Singapore and Hong Kong. He has won multiple James Beard awards in addition to numerous other accolades. In 2017, Batali came under pressure to resign from his restaurant group amid a series of shocking sexual harassment allegations. He ultimately stepped down and in March 2019, he sold off his stake in the group that was formerly known as Batali and Bastianich Hospitality Group.

Early Life: Mario Batali was born Mario Francesco Batali on September 19, 1960, in Seattle, Washington. He grew up with mother Marilyn (who passed away in 2020), father Armandino (founder of Seattle restaurant Salumi), and two siblings. While attending New Jersey's Rutgers University, Mario took a job as a cook at Stuff Yer Face, a New Brunswick restaurant and pub. At Rutgers, he studied theatre and economics, and he earned a Bachelor's degree in theatre in 1982. After graduating, he enrolled at London's Le Cordon Bleu but dropped out and began an apprenticeship with London chef Marco Pierre White. Batali also spent three years studying at La Volra restaurant in Borgo Capanne, Italy.

Career: In his twenties, Mario worked as a sous chef for the Four Seasons Clift Hotel San Francisco and the Four Seasons Biltmore, and he also worked at Stars restaurant in San Francisco. In 1993, he opened an Italian restaurant, Pó, in New York City, and three years later, the Food Network gave Batali his own show, "Molto Mario," which aired until 2004. In 1998, he formed the Batali & Bastianich Hospitality Group with Joe and Lidia Bastianich, and their restaurant Babbo Ristorante e Enoteca went on to earn several accolades. That year, Mario also hosted "Mediterranean Mario" on the Food Network and released his first cookbook, "Mario Batali Simple Italian Food: Recipes from My Two Villages." In 2000, Batali published "Mario Batali Holiday Food: Family Recipes for the Most Festive Time of the Year," and the following year, he began hosting "Mario Eats Italy" (which ran until 2002) on the Food Network.

In 2002, Mario published "The Babbo Cookbook" and contributed to "Vino Italiano: The Regional Wines of Italy." He hosted the Food Network's "Ciao America with Chef Mario Batali" in 2003 and appeared in "Pizza! The Movie," "Iron Chef America: Battle of the Masters," and "An Italian Christmas with Mario and Giada" in 2004. In 2005, Batali released "Molto Italiano: 327 Simple Italian Recipes to Cook at Home" and interviewed R.E.M.'s Michael Stipe on the documentary series "Iconoclasts." He published "Mario Tailgates NASCAR Style" in 2006 and followed it with 2008's "Italian Grill" and "Spain…A Culinary Road Trip," which was co-written with actress Gwyneth Paltrow. Batali starred in the Food Network documentary "Mario, FULL BOIL" in 2007 and co-hosted the PBS series "Spain… on the road Again" with Paltrow, food writer Mark Bittman, and actress Claudia Bassols in 2008.

Mario voiced Mr. Rabbit in Wes Anderson's 2009 stop-motion animated film "Fantastic Mr. Fox" and appeared in the 2010 horror film "Bitter Feast" before joining the ABC talk show "The Chew" as a co-host in 2011. He also played himself on "The Jim Gaffigan Show" in 2016, lent his voice to "The Simpsons" in 2011 and 2017, and released four more cookbooks, "Molto Gusto: Easy Italian Cooking" (2010), "Molto Batali: Simple Family Meals from My Home to Yours" (2011), "America – Farm to Table: Simple, Delicious Recipes Celebrating Local Farmers" (2014), and "Big American Cookbook: 250 Favorite Recipes from Across the USA" (2016). Batali has opened more than 20 restaurants during his career, including Lupa Osteria Romana, Otto Enoteca Pizzeria, Carnevino, Esca, and Casa Mono.

Personal Life: Mario married Susi Cahn, daughter of Coach Inc. founders Miles and Lillian Cahn, in November 1994, two years after meeting her at a food event. Their sons, Benno and Leo, are also interested in cooking and released "The Batali Brothers Cookbook" in 2013. Mario is passionate about charity work, founding the Mario Batali Foundation with Susi in 2008; the organization raises money for pediatric disease research and children's educational programs. Batali was also an ambassador for the non-profit organization The Lunchbox Fund (as well as a member of the board of directors), but he stepped down as a result of his sexual misconduct allegations.

In December 2017, eight women alleged that Batali had sexually harassed or assaulted them. Mario was fired from "The Chew" three days after the allegations were reported, the Food Network decided not to air "Molto Mario" episodes that were scheduled for release in 2018, and Target stopped selling Batali's products. More allegations surfaced on a May 2018 episode of "60 Minutes," with one woman saying she had been sexually assaulted by Mario at The Spotted Pig in 2005. Batali denied that had assaulted the woman but apologized for his past behavior. In 2019, he gave up ownership of Batali & Bastianich Hospitality Group and Eataly, and in May of that year, he was charged with indecent assault and battery for groping a woman at a Massachusetts restaurant in 2017. 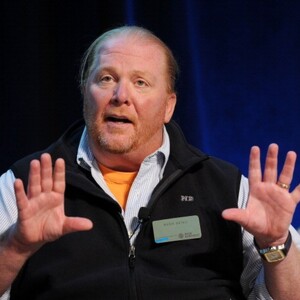