Levi Roots Net Worth: Levi Roots is a British-Jamaican musician, television personality, celebrity chef, and businessman who has a net worth of $45 million. Levi Roots was born in Clarendon, Jamaica in June 1958.

Roots has performed with James Brown and Maxi Priest. He was nominated for a MOBO Award for Best Reggae Act in 1998. Levi was a friend of Bob Marley and performed "Happy Birthday Mr. President" for Nelson Mandela in 1992. Roots became known for earning $50,000 pounds in funding for his Reggae Reggae Sauce on the UK television series Dragons' Den. Roots' sauce is a jerk barbecue sauce and in 2010 a news story in The Grocer magazine reported that Roots had states his brand was worth $30 million pounds. His Levi Roots' Reggae Cookbook was published in 2008. He also had a television cooking show and book titled Caribbean Food Made Easy. He has also appeared on the TV series Celebrity Mastermind and Big Brother. 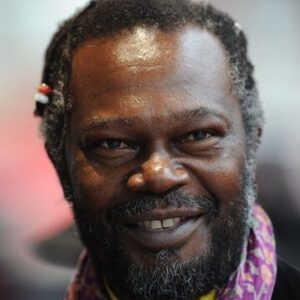