Jose Andres net worth: Jose Andres is a Spanish American chef who has a net worth of $50 million. Jose Andres was born in Mieres, Asturias, Spain in July 1969. He is the chef often credit with bringing the concept for small plates dining to America. Andres owns restaurants in several cities including Washington, D.C., Las Vegas, Los Angeles, South Beach, Florida, Dorado, Puerto Rico, and Frisco, Texas.

He serves as the chair of the advisory board for the social enterprise LA Kitchen which works to reduce food waste as well as provide job training and increase available access to nutritious food. Jose Andres received a 2015 National Humanities Medal. He trained at the restaurant elBulli under Ferran Adria. When Andres moved to the United states he started his first tapas restaurant called Jaleo in Washington, D.C. He planned on opening a restaurant in the Trump International Hotel until Donald Trump made negative comments about Mexicans. 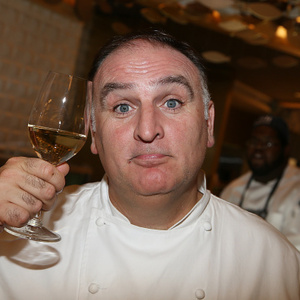