How much is Jamie Oliver Worth?

Jamie Oliver Net Worth: Jamie Oliver is a well-known media personality, master chef and restaurateur who has a net worth of $300 million. Jamie Oliver has earned his net worth through his television shows, cookbooks, restaurants and endorsements. Through his books and television show, The Naked Chef, he shares his expertise on the subject of fine cooking and dining. He is considered a culinary artist when it comes to Italian and British cuisine, but he is an expert in many other international cuisines as well.

Early Life: Jamie Oliver was born in Clavering, Essex, England. He was raised in Cambridge. His parents, Trevor and Sally Oliver owned a pub called The Cricketers, where Jamie first got his taste of the restaurant business. Jamie would help out around the kitchen when he was just a small child, and as he matured, so did his desire for the culinary profession.

Career: Oliverattended the Westminster Catering College at the age of 16, and soon after began working in France and then moved on to take a position at Antonio Carlugios's Italian restaurant, The Neal Street Restaurant, as the head pastry Chef. The Neal Street Restaurant is one of the best-noted restaurants in England. He developed a close relationship with his mentor Gennaro Contaldo. Later in his career, Oliver employed Contaldo to help him run his collection of high street restaurants, Jamie's Italian.

Next, Jamie was employed at The River Café as a sous-chef for three and one-half years. Jamie's media career really took off after he appeared in a documentary for the restaurant called "Christmas at The River Café". After seeing the documentary, offers came flowing in for Jamie to have his own show. And thus "The Naked Chef" was born. It debuted on BBC in 1999, and his first cookbook quickly became a bestseller in the United Kingdom. That same year, Oliver was invited to prepare lunch for then-Prime Minister Tony Blair at 10 Downing Street. Two other iterations of "Naked Chef" programs followed with  "Return of the Naked Chef" and "Happy Days with the Naked Chef" on the BBC before Oliver moved to Channel 4 in the U.K.

On Channel 4, Jamie began another television series called Jamie's Kitchen where he trains 15 young people in the restaurant business as chefs, and puts them to work in his very first establishment, called Fifteen. The Fifteen program provided training for young people in three locations around the world.  Along with the "Fifteen" restaurants, Jamie also is co-owner of the Barbecoa Restaurant in London.

Oliver is leading the battle for healthier eating habits in the home and in our schools. He disapproves of processed foods and wants to educate America and the United Kingdom on a proper and healthier way of cooking.  He has put his best foot forward in the battle against unhealthy lunches for our kids, as well as continually spreading the word on better ways to feed your family, through his television appearances, tours and books. In 2005, he initiated the "Feed Me Better" campaign to move British children towards eating healthy foods and cutting out junk food. As a result, he was also able to get the British government to pledge to address the issue. His public campaigns for changes in nutrition resulted in him winning "Most Inspiring Political Figure of 2005" for Channel 4 News. 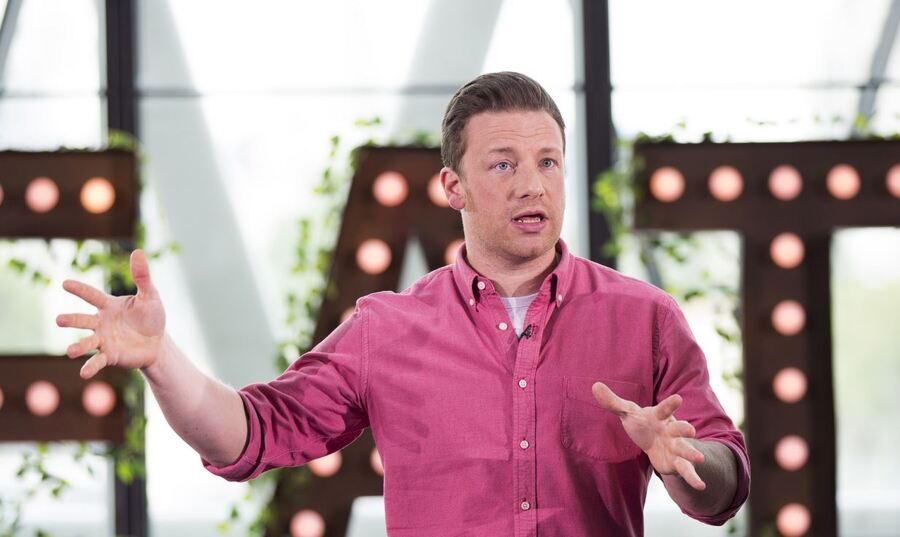 Oliver's emphasis on cooking fresh and nutritious food continued when he created "Jamie's Ministry of Food", a TV series where he traveled to inspire everyday people in Rotherham, Yorkshire, to make healthy meals. In 2010, he had another series, "Jamie Oliver's Food Revolution" where he traveled to Huntington, West Virginia as well as Los Angeles to address America's dependence on fast food and to change the way they eat. In 2012, he hosted "Jamie's 15 Minute Meals" on Channel 4.

Jamie Oliver is not only the owner of several popular restaurants, but he is also the author of several books such as "Jamie at Home: Cook Your Way to Good Health", "Jamie's Thirty Minute Meals", "Happy Days With the Naked Chef", and more.  He has sold more than 14 million books worldwide to date. Oliver is the second best-selling British other behind J.K. Rowling, and the best-selling British non fiction author. He has also appeared on several television shows such as "Top Gear" and "Iron Chef America." Jamie Oliver is all about teaching the world how to eat right and stay healthy.

Personal Life: Jamie Oliver is married to retired model Juliette Norton. They have five children, Buddy Bear Maurice, Poppy Honey Rosie, Petal Blossom Rainbow, Daisy Boo Pamela and River Rocket Blue. The Oliver family were long-time residents of Hampstead Heath in London, but in the summer of 2019 they moved to a £6 million, 16th-century mansion in Finchingfield, Essex. The property is located on a 70-acre estate and includes a six-bedroom farmhouse, a three-bedroom lodge, a swimming pool, and a tennis court.

Restaurant Empire Collapse: Unfortunately, his restaurants have not been quite as successful as his books and show. In May 2019, Jamie's restaurant empire collapsed into receivership. With the collapse, 22 out of 25 Jamie's Italian restaurants closed and more than 1000 people lost their job. The restaurant group was saddled with tens of millions of dollars worth of debt, including around $10 million that Jamie loaned to the company in 2017. His restaurants lost $25 million in 2017. At one point the group's debt topped $90 million. In January 2020, the administrators of the bankruptcy said that most of the £80 million Jamie Oliver's restaurant chain owed after its collapse in May 2019 will not be recovered. Hundreds of suppliers and some town councils will bear the burden of the losses. 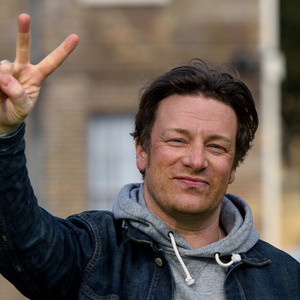