How much is Ina Garten Worth?

Ina Garten Net Worth: Ina Garten is an American television personality and author who has a net worth of $120 million. That is a combined net worth with her husband of several decades, investment banker Jeffrey Garten. She is best known as the host of the Emmy Award-winning Food Network Barefoot Contessa franchise. Garten is also a former White House nuclear policy analyst.

Early Life: Ina Rosenberg was born February 2, 1948 in Brooklyn, New York. Raised in Stamford, Connecticut, Ina was one of two children born to surgeon Charles H. Rosenberg and dietitian Florence. She was encouraged early to excel in school and showed a strong aptitude for science, for which she says she still uses while experimenting with recipes. She met her future husband Jeffrey Garten at just age 15 on a trip to visit her brother at Dartmouth College. She planned to attend Syracuse University after graduating high school, but instead postponed her educational pursuits to marry Jeffrey in 1968.

Early Career: The couple soon relocated to Fort Bragg, North Carolina, where Ina began to dabble in cooking and entertaining in order to occupy her time while Jeffrey served a four year military tour during the Vietnam War. During this time, Ina acquired her pilot's certificate. After Jeffrey's time in the military was up, the couple went on a four month camping vacation in France, which sparked her love for French cuisine, open-air markets, and produce stands. Upon their return back to the States they moved to Washington D.C. in 1972, where dinner parties turned into a weekly tradition. During this time, Garten worked at the White House while earning an MBA at George Washington University. Originally employed as a government aide, she climbed the ladder to the position of budget analyst which entailed writing the nuclear energy budget and policy papers for presidents Gerald Ford and Jimmy Carter. During this time, Garten began flipping homes for profit, and the sales gave them her the means to make her first big purchase, The Barefoot Contessa Speciality Store.

Barefoot Contessa Store: When she came across an ad in the New York Times for a specialty food store for sale in the Hamptons she decided to investigate. She drove with her husband Jeffrey to Long Island to see the store and fell in love with it. Garten had no experience in the food business, but somehow knew it was exactly what she wanted to do. She made the owner an offer and the owner called the next day and accepted Garten's offer. She left her government job in 1978 and the couple moved to New York City after purchasing the 400 square foot store.

The store had been named by its original owner in tribute to the 1954 film starring Ava Gardner. Garten kept the name when she took over and cited that it meshed well with her idea of an "elegant but earthy lifestyle."  Within a year, Garten moved the Barefoot Contessa across Main Street to a larger property, which it quickly outgrew. They relocated again in 1985 to the prosperous Long Island village of East Hampton. The store expanded over seven times its original size and specialized in local delicacies such as lobster Cobb salad and locally made cheeses and locally grown produce. Garten did much of the cooking herself but also employed local chefs and bakers as the business grew. She garnered praise from celebrity clientele such as Steven Speilberg and Lauren Bacall.

In 1996, she sold the store to two employees, Amy Forst and Parker Hodges, who continued the traditions Garten instilled. In 2004, the store closed permanently due to lease negotiation failure.

Cookbooks and TV Show: Garten had built herself an office over the Barefoot Contessa store and tried her hand at writing a cookbook. The Barefoot Contessa Cookbook turned out to be the most exciting thing she'd ever done professionally and the response from readers was overwhelming. In 2001, she published her second book, Barefoot Contessa Parties.

In 2002, Barefoot Contessa Family Style was released, and she was approached by Foot Network with an offer to host her own cooking show. She rejected their proposal several times until the London-based production company responsible for Nigella Bites was assigned to the deal. She agreed to a 13-show season, and "Barefoot Contessa" premiered in 2002 to positive acclaim. The show has run ever since. It often features her husband and their friends and sometimes celebrities. The show has approximately one million viewers per episode and has posted some of the Food Network's highest ratings. The show has been nominated for Daytime Emmy Awards and Garten won her first Emmy in 2009 for Best Culinary Host. 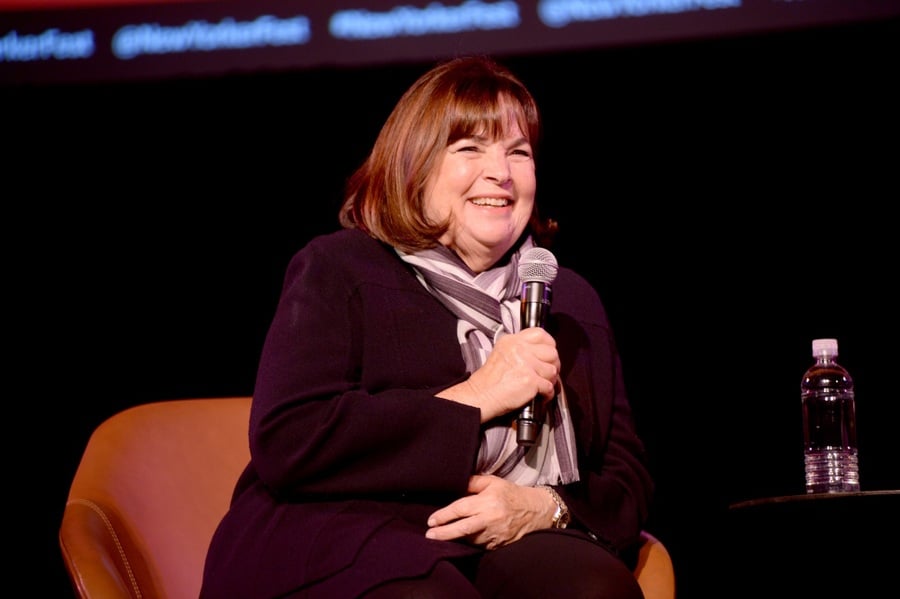 In 2004, she published Barefoot in Paris, about her favorite simple French food and her fifth cookbook Barefoot Contessa at Home, was published in 2006. In 2008, she released her sixth cookbook, Barefoot Contessa Back to Basics and started her new show of the same name on Food Network. In 2010, she published her seventh book, How Easy is That? and in 2012 published her eighth book, Foolproof. Her next book was called Make It Ahead. In 2013, she introduced her new line of Barefoot Contessa dinners, which are available in grocery stores nationwide. The dinners are based on Garten's most popular recipes and make it possible for people to prepare a delicious dinner in just 10 minutes. Ina Garten has released 11 successful cookbooks over her career.

Other Ventures: In 2006, Ina launched her own line, Barefoot Contessa Pantry with her business partner Frank Newbold and in conjunction with Stonewall Kitchen. The line contains packaged cake mixes, sauces, preserves, marinades and more. The convenience foods are based on her popular from-scratch recipes. The lone is relatively pricey and only sold through upscale cookware and gourmet shops such as Crate & Barrel, Sur La Table, and Fox & Obel Market Cafe.

Personal Life and Real Estate: Ina's husband Jeffrey was the dean of the Yale School of Management from 1995-2005. He is frequently seen on her cooking show, assisting with tasks or sampling dishes she has created. The family divides their time between Manhattan, East Hampton, and Paris. She paid $4.6 million for their Upper East Side NYC apartment in 2016. Her East Hampton home, which sits on a nearly 40,000 square-foot lot is worth at least $10 million.

Garten is a registered Democrat and has contributed to the presidential campaign funds of Bill Clinton, John Kerry, George H. W. Bush, and Barack Obama. She served as the hostess of the 16th Annual Hudson Peconic benefit for Planned Parenthood. Garten sits on the Design Review Board for East Hampton, a panel that seeks to project the historical district by overseeing building permissions and approving various architecture and design elements of the village. 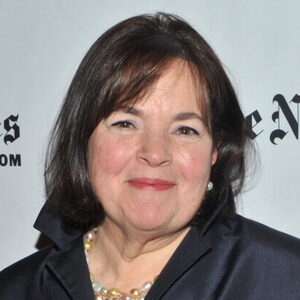