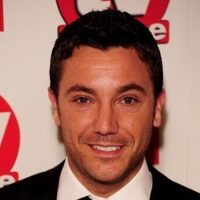 Gino D'Acampo net worth: Gino D'Acampo is an Italian celebrity chef and media personality who has a net worth of $10 million. Gino D'Acampo was born in Torre del Greco, Italy in July 1976. He got his love of cooking from his grandfather who has the head chef for Costa Cruisers. At 19 Gino moved to London and worked in The Orchard Restaurant and the Cambio Restaurant. He is the co-owner of Bonta Italia Ltd. which supplies Italian ingredients. He opened Gino D'Acampo: My Pasta Bar in London in 2013. He has appeared in many television shows including being a contestant and the winner of the reality TV series I'm a Celebrity… Get Me out of Here! in 2009. Since 2009 he has also been a regular chef on the TV series This Morning. Gino was a presenter on There's No Taste Like Home in 2011 and also started out that year as a co-presented with Melanie Sykes on Let's Do Lunch with Gino & Mel. Starting in 2012 he became a co-presenter in Let's Do Christmas with Gino & Mel. Since 2013 D'Acampo has been a presenter on the TV series Gino's Italian Escape. He was also a team captain on the series Celebrity Juice in 2014. Gino has also authored seven books since 2007. He also holds six Guinness World Records which were mostly set or broken live on Let's Do Lunch with Gino & Mel.