Geoffrey Zakarian Net Worth: Geoffrey Zakarian is an American chef, restaurateur, television personality, and author who has a net worth of $6 million. Geoffrey Zakarian was born in Worcester, Massachusetts in 1959. He graduated from the Culinary Institute of American in Hyde Park, New York and apprenticed under chef Daniel Boulud.

As an apprentice chef he was named Chef de Cuisine at Le Cirque from 1982 to 1987. He became executive chef at the restaurant 44 in 1990. He opened the restaurants Town and Country in Manhattan, New York. Zakarian has appeared on many television shows including The Next Iron Chef, The Best Thing I Ever Made, The Chew, Iron Chef America: The Series, Chopped, and The Kitchen. He lost to Masaharu Morimoto on Iron Chef America in 2010 but won The Next Iron Chef in 2011 by defeating Elizabeth Falkner. His first book Geoffrey Zakarian's Town / Country was published in 2006. He serves as a consultant at the Water club in Atlantic City and executive chef at the Lamb's Club in New York City. Geoffrey filed for personal bankruptcy in 2011 as a response to a class action lawsuit by his former employees. 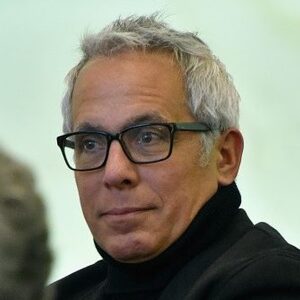