Gaston Acurio net worth: Gaston Acurio is a Peruvian chef who has a net worth of $20 million. Gaston Acurio was born in Lima, Peru in October 1967. He is considered an ambassador of Peruvian cuisine and owns restaurants in several different companies. He has also authored several books and hosted television programs.

Acurio studied at Le Cordon Bleu in Paris. He began co-managing the restaurant franchise Astrid & Gaston with his wife in 1994. His other restaurants include Café del Museo, T'anta, La Mar, Pasquale Hnos., Panchita, Madam Tusan, and more. Acurio has hosted the television series La Adventura Culinaria on PlusTV and appeared on the TV series La Aventura del Ceviche. His written works include Peru: The Cookbook, Ceviche Power, and many more. Gaston Acurio was featured in the 2014 documentary Finding Gaston. He also appeared in the documentaries Cooking Up Dreams and Mistura: The Power of Food as well as in the film Peru Sabe and in an episode of the TV series Anthony Bourdain: No Reservations. 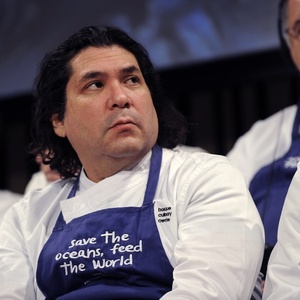