Elizabeth Chambers net worth: Elizabeth Chambers is an American entrepreneur, journalist, actress and television personality who has a net worth of $10 million. She is perhaps best known for being a guest judge on the Food Network.

Elizabeth Chambers was born in San Antonio, Texas in August 1982. Chambers is the owner and founder of BIRD Bakery which has locations in Dallas and San Antonio. As an actress she has appeared in the movies Rolling Kansas and The Game Plan. Elizabeth Chambers has also appeared in episodes of the TV series Going to California, Shark, Moonlight, Criminal Minds, and 2 Broke Girls. She has served as a judge on the TV series Cupcake Wars, Sugar Showdown, and Chopped Sweets. She has also appeared on episodes of the TV shows The Tonight Show with Jay Leno, TakePart Live, The Kitchen, Chopped Junior, Home & Family, The Chew, Today, and more.

She married Armie Hammer in 2010 but filed for divorce in 2020. They have two children together. 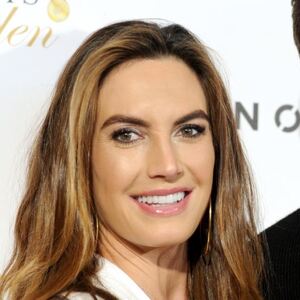