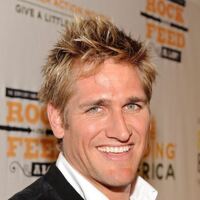 Curtis Stone Net Worth and Salary: Curtis Stone is an Australian celebrity chef and television personality who has a net worth of $25 million. Curtis is known for appearing on "Iron Chef America", "Top Chef Masters", "The Biggest Loser" and a number of Food Network programs. He has an exclusive deal to produce and appear on shows for NBC. He also has a line of cutlery that carry his name.

Curtis Stone was born November 4, 1975 in Melbourne, Victoria, Australia. Stone attended Victoria University in Melbourne before leaving to pursue a career in food. He started out cooking at The Savoy Hotel's 5-star restaurant in Melbourne before traveling through Europe with his best friend.

At 21, after three months on the road, Stone arrived in London with no money and no job. To gain experience in the kitchen, Stone volunteered to work for free at The Grill Room at Café Royal with chef Marco Pierre White. He was hired and remained for two years. Stone graduated to sous chef status at the Mirabelle, where he worked for two years before moving on to become head chef at White's flagship restaurant Quo Vadis. After trying his hand at TV on various British series, in 2003 Stone teamed up with fellow chef Ben O'Donoghue to star in Surfing the Menu, an Australian TV show in which the duo traveled the Australian coastline and cooked locally grown food.

Stone then made his U.S. television debut with his own show, Take Home Chef, on Discovery Network's TLC three years later. It was so successful that Stone signed an exclusive deal with NBC as their resident chef. He also appeared on The Biggest Loser. Stone competed on The Celebrity Apprentice as well. He took over as co-host of Bravo's reality show Top Chef Masters after its third season and co-hosts Around the World in 80 Plates, a culinary adventure show which also airs on Bravo, with Cat Cora. 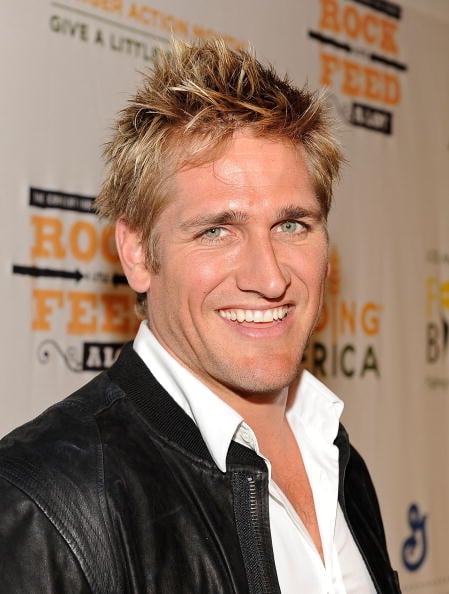 In 2006, People Magazine named Stone one of the sexiest men alive. In 2008, Stone launched Kitchen Solutions, a line of cooking products and baking pans, which is sold globally. He has published four books cooking-related books and tries to use locally grown, organic ingredients whenever possible.

Personal Life and Real Estate: Stone lives in Los Angeles with actress Lindsay Price and their two sons. Stone and Price became engaged in 2012. They married in 2013.

In 2010 Curtis paid $3.1 million for a bachelor pad in the Hollywood Hills. At some point after marrying Lindsay the couple moved to LA's Brentwood neighborhood. At that point he began renting the Hollywood Hills home for $15-16,000 per month.

In October 2018, Curtis and Lindsay paid $7.9 million for a home in LA's Mandeville Canyon neighborhood.