Christina Tosi net worth: Christina Tosi is an American chef and entrepreneur who has a net worth of $1 million. Christina Tosi was born in Ohio and graduated from James Madison University. She studied at the French Culinary Institute and got her first kitchen jobs at Bouley and wd~50 in New York.

Tosi is the co-owner of the Momofuku Milk Bar which produced baked goods for five retail outlets in New York City and one more in Toronto, Canada. She is also a cookbook author and teacher and is now a judge on the reality television series MasterChef. Tosi won the 2012 James Beard Rising Star Chef Award and was a finalist for the 2014 Outstanding Pastry James Beard Award for Rising Star Chefs. 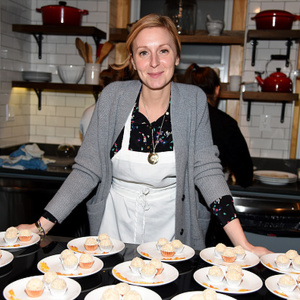