Buddy Valastro Net Worth: Buddy Valastro is an Italian-American celebrity chef, entrepreneur, television personality , and producer who has a net worth of $10 million. The owner of Carlo's Bake Shop (also known as Carlo's Bakery), Valastro became famous as the star of the TLC reality series "Cake Boss," which began airing in 2009. Buddy has also starred on several other reality shows, including "Cake Boss: Next Great Baker" (2010–2014), "Kitchen Boss" (2011), and "Buddy's Bakery Rescue" (2013). In 2012, Valastro received an honorable mention in "The Hudson Reporter's" list of the 50 most influential people in Hudson County, New Jersey.

Early Life: Buddy Valastro was born Bartolo Valastro, Jr. on March 3, 1977, in Hoboken, New Jersey. He grew up in Hoboken and Little Ferry with mother Mary, father Buddy Sr., and sisters Maddalena, Lisa, Mary, and Grace. Valastro attended Ridgefield Park High School, and he studied baking at Bergen County Technical High School, Teterboro Campus. At age 11, Buddy started working at Carlo's Bakery, his family's business, and he took over the business after his father's death in 1994.

Career: "Cake Boss" takes place at Carlo's Bake Shop in Hoboken, New Jersey, and it follows the everyday lives of Buddy's wife, four sisters, and three brothers-in-law; his mother was also featured on the series until she passed away in 2017 after battling ALS for five years. The show's popularity has turned Carlo's Bake Shop into a tourist attraction, brought more tourism to the Hoboken area, and led to 17 additional Carlo's Bake Shop locations. The bakery has seven New Jersey locations as well as locations in Pennsylvania, New York, Florida, Texas, Connecticut, Nevada, Minnesota, and Brazil. The corporate office is located at the Lackawanna Factory in Jersey City, and the building is also used for baking cakes, cookies, pastries, and pizzas that customers order on the website to be shipped across the country. "Cake Boss" premiered on April 19, 2009, on TLC, and the first season averaged 2.3 million viewers. The show moved to Discovery Family in 2019, and as of this writing, more than 235 episodes of "Cake Boss" have aired. In 2010, in honor of Carlo's Bake Shop's centennial, the corner of Hoboken's Newark Street and Washington Street was renamed "Carlo's Bakery Way." 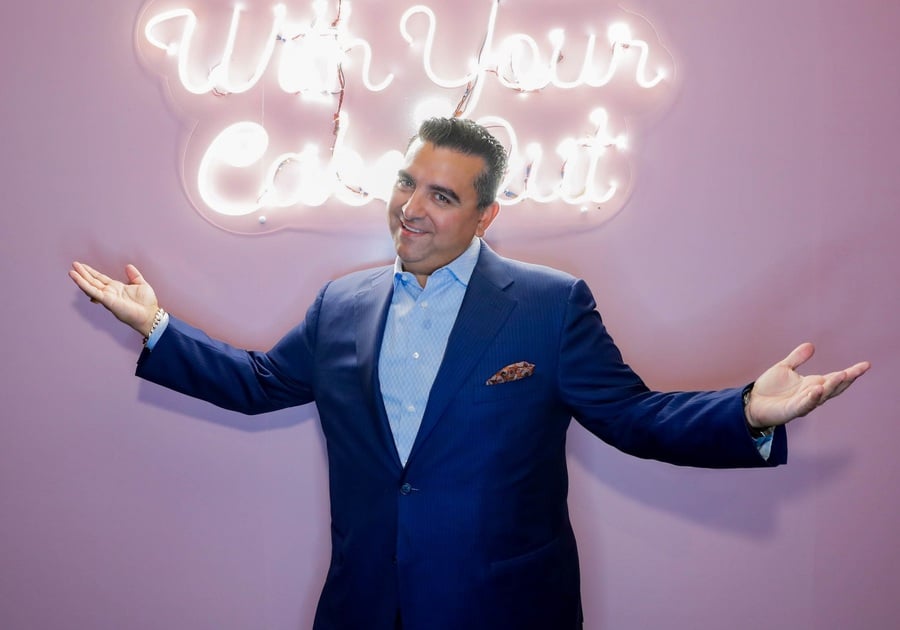 In 2007, Buddy was a guest mentor on an episode of "Food Network Challenge," and he hosted "Cake Boss: Next Great Baker" from 2010 to 2014. He hosted "Kitchen Boss" from 2011 to 2012, "Buddy's Bakery Rescue" from 2013 to 2014, and "Buddy's Family Vacation" and "Bakers vs. Fakers" in 2016. Valastro hosted the Brazilian series "Batalha dos Confeiteiros," which was based on "Cake Boss: Next Great Baker," from 2015 to 2018, and he served as a guest judge on "Dancing with the Stars Brazil" in 2017. In 2018, he appeared on "Impractical Jokers" and began hosting "Buddy's Big Bakedown," and he hosted the Food Network competition series "Bake You Rich" in 2019. In 2014, Valastro launched the catering and event planning company Buddy V's Events, and in 2016, Buddy and Whole Earth Sweetener Co. joined forces for the "Rethink Sweet" campaign. Buddy said of the partnership, "As a fourth-generation baker, quality and taste are a top priority, and Whole Earth Sweetener Co. uses ingredients sourced from nature, like stevia and monk fruit, which are crafted and manufactured into a great tasting line of lower calorie sweeteners that you can't find anywhere else. Not only do Whole Earth Sweetener Co. products taste great, they also let you indulge in the sweet foods you crave and love, but with fewer calories." In 2018, he collaborated with the pet treat manufacturer The Pound Bakery to "create palatable treats for dogs that are inspired by classic Italian entrees and desserts," and he launched Buddy Valastro Foods, which sells buttercream icing, fondant, and cake kits.

Personal Life: Buddy married Elisabetta Belgiovine (better known as Lisa) on October 14, 2001. The couple has four children: Sofia (born April 2003), Bartolo (born September 2004), Marco (born February 2007), and Carlo (born February 2011). In 2014, Valastro was arrested after police stopped him for driving while intoxicated. He was ordered to pay a $300 fine, and his license was suspended for 90 days. Buddy addressed the incident on social media, tweeting, "I thought I was fine to drive, but I wasn't. I put people in danger. I am very disappointed in myself. I'll never get behind the wheel of a car again, even after one sip." In September 2020, Valastro's right hand was impaled by a metal rod after a pinsetter at his home bowling alley malfunctioned. Two of his sons leapt into action and freed his hand from the machine using a reciprocating saw. As of April 2021, Buddy had undergone five surgeries on his hand, and during an appearance on "The Rachael Ray Show," he shared, "Now I definitely have a lot more of my mobility back, so I can make a whole fist, I can make all my fingers straight, and I've got about 75% of my strength back." 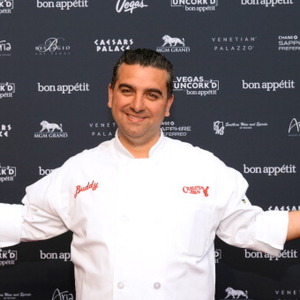