What is Bobby Flay's net worth and salary?

Bobby Flay is an American celebrity chef, restaurateur, author, radio host, and reality television personality who has a net worth of $60 million, making him one of the richest and most famous celebrity chefs in the world today. He's one of the most popular personalities on the Food Network, hosting a wide variety of shows and specials, but before that he was a success in the restaurant business, working his way up from jobs at pizza parlors and Baskin-Robbins to opening his own restaurants in New York City and elsewhere around the country.

Bobby Flay was born December 10, 1964, in New York City, New York and grew up on the affluent Upper East Side of Manhattan. He dropped out of high school at age 17 and took a job making salads at Joe Allen Restaurant in New York's Theatre District, and it was at this point that he says he discovered his talent for food. Joe Allen was impressed by Flay's natural ability and agreed to pay his tuition at the French Culinary Institute. In 1984, Flay graduated from FCI with a degree in culinary arts as a member of the institute's first graduating class. With this degree in hand, he found work as a sous chef in New York, and eventually, a further opportunity came when the executive chef at the Brighton Grill on Third Avenue was fired and Flay was invited to step up and fill the position on short notice. But it didn't take long for Flay to realize that he didn't yet have the experience necessary to run a kitchen on his own, so he quit and was hired as a chef at Bud and Jams under restauranteur Jonathan Waxman, whom Flay credits with introducing him to the southwestern and Cajun cuisines that would become his career signatures. 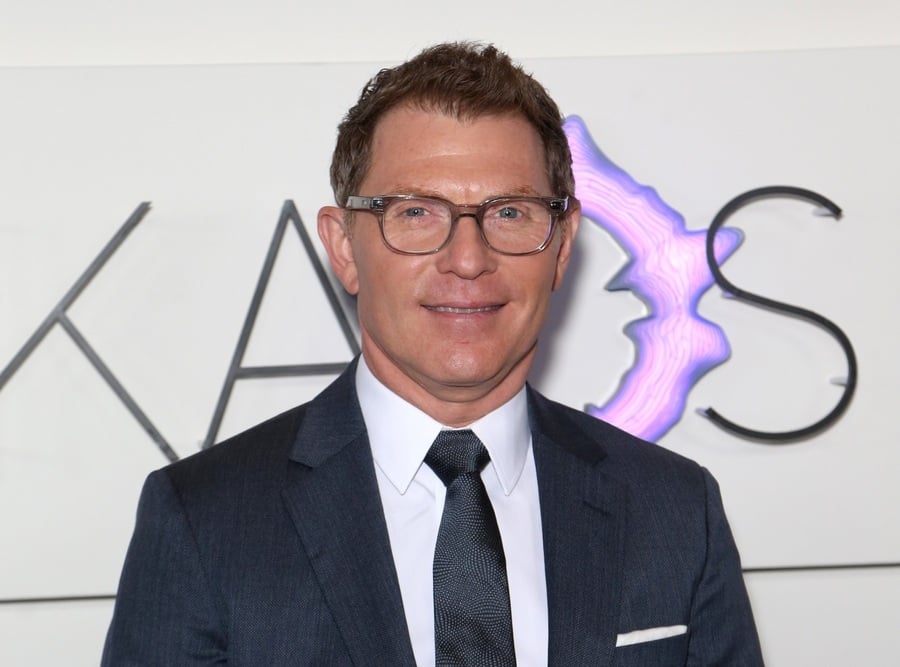 Flay has found plenty of success as a restauranteur but it's as a cookbook author and Food Network personality that he has the most fame. He has appeared on many Food Network television programs and is the author of a dozen popular cookbooks to date. He's hosted ""Hot Off the Grill with Bobby Flay," "3 Days to Open with Bobby Flay," "Throwdown! with Bobby Flay," "Bobby Flay's Barbecue Addiction," and several other series over the years, even including a few that don't have his name in the title. He's been a chef on "Iron Chef," a judge on competition shows like "Wickedly Perfect," "The Next Food Network Star," and "The Next Iron Chef," and has brought his cooking skills to Emeril Live and Paula's Party on Food Network. Concurrent with his work on the Food Network, he's also been a prolific cookbook author, releasing cookbooks like "Bobby Flay's Burgers, Fries, and Shakes," "Bobby Flay's Bar Americain Cookbook: Celebrate America's Great Flavors," and "Bobby at Home: Fearless Flavors from My Kitchen," to name only a few. In 2009, he began a short career as a satellite radio host with a weekly call-in program on Sirius XM.

As one of the most famous TV chefs in the world, Flay has also made his share of cameo appearances in various TV shows and films. In the Disney Channel Original Movie "Eddie's Million-Dollar Cookoff" he appeared as himself (in the role of the titular cookoff's host). He made an appearance on an episode of "Law and Order: Special Victims Unit," and in 2011 a recurring role as himself on the final season of the HBO series "Entourage." Then, the following year, he could be seen in the "director's cut" of the "Portlandia" episode "Brunch Village," and in 2016 he appeared on the second season of the series "Younger," playing himself. Then, in 2018, he lent his voice to the character of Fred Jones's uncle for the animated film "Scooby-Doo and the Gourmet Ghost." 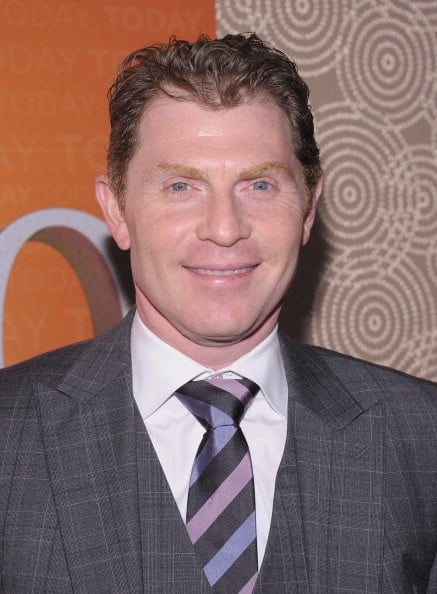 Flay has been married three times. He has been married to actress Stephanie March since 2005, but the couple filed for divorce in 2015 due to a rumored affair that Flay had with actress, January Jones. Stephanie March is best known for her role as an attorney on the hit NBC series, "Law and Order: SVU." He also reportedly dated actress, singer, and dancer Heléne Yorke from 2016 to 2019. He owns thoroughbred horses and was a candidate for chairman of the Breeders' Cup board of directors in 2014, and has continued to pursue his interest in thoroughbred racing with significant success. He owns multiple graded stakes race winners, including 2010 Breeders' Cup Juvenile Fillies Turf winner More Than Real, and was the co-owner of Creator when the horse won the Belmont Stakes.

In the summer of 2017, Bobby Flay whipped up a few celebrity real estate headlines when he put his luxury duplex condo in the Chelsea neighborhood of New York City up for sale, first for $7 million, then (in an unusual move) raised to $7.25 million. He did not find a buyer at that time. Finally in January 2022, he offloaded the duplex for $5.6 million.

In 2019, Flay spent $6.5 million on a swanky futuristic house in the Bird Streets neighborhood of Los Angeles. 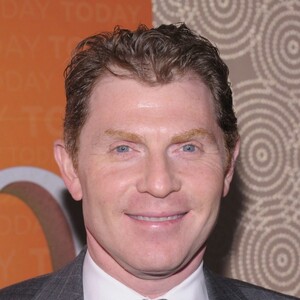