Ayesha Curry net worth: Ayesha Curry is a Canadian American chef, author, model, and television personality who has a net worth of $10 million. Ayesha Curry was born in Toronto, Ontario, Canada in March 1989. She has been married to NBA superstar Stephen Curry since 2011 and has two children.

Curry began hosting the TV series Ayesha's Home Kitchen in 2016 on Food Network. As an actress she starred as Keeley Hawkins on the television series Whittaker Bay in 2008. She also appeared in the films Dan's Detour of Life and Love for Sale and in episodes of the TV series 10 Items or Less, Hannah Montana, Good Luck Charlie, Guy's Grocery Games, Chopped Junior, FabLife, The Real, The Chew, Rachael Ray, Gary Unmarried, Ballers, and The Great American Baking Show. Curry started her culinary career in 2014 by preparing a meal on YouTube with no professional training. She authored the cookbook Seasoned Life in 2016. 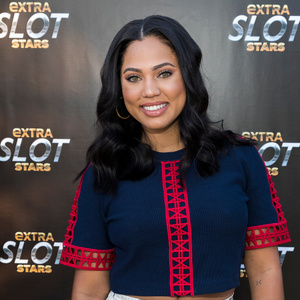