Andrew Zimmern Net Worth and Salary: Andrew Zimmern is an American TV personality, chef, food writer, and teacher who has a net worth of $14 million. He has earned his net worth as co-creator, host, and consulting producer of the television series "Bizarre Foods with Andrew Zimmern".

Early Life: Andrew Scott Zimmern was born in New York City on July 4, 1961. He was raised in a Jewish family and at the age of 14 he began formal culinary training. He is a graduate from Vassar College, and has contributed to some of New York's finest restaurants either as an executive chef or general manger.

Career: After relocating to Minnesota to undergo treatment for drug and alcohol addiction, Zimmern went on to be a very successful executive chef at the Cafe Un Deux Trois in Minneapolis's Foshay Tower. During his four and a half year career at the Cafe, his menus received high praise and ratings from the St. Paul Pioneer Press, the Minneapolis Star Tribune, the Minnesota Monthly, and the Mpls.St.Paul Magazine. He left daily restaurant operations in 1997, and instead pivoted to other restaurant- and food-related pursuits.

Zimmern has been a guest chef at many national charity events, food festivals, and galas including Food and Wine Magazine's Aspen Festival, The Twin Cities Food and Wine Experience, and the James Beard House in New York City. In the fall of 2002, he traveled, gave lectures and demonstrations on Chinese cuisine as an honored guest of the People's Republic of China. Zimmern has also previously enjoyed an extensive radio career that was widely popular in the Twin Cities. His shows were "Chowhounds", "The Andrew Zimmern Show", and "Food Court with Andrew Zimmern". In addition, Zimmern was the food features reporter for Minneapolis's Fox 9 News program.

In 2006, his own show premiered on the Travel Channel, called "Bizarre Foods with Andrew Zimmern". It ran for 13 seasons from 2006 to 2018, and aired a total of 147 episodes. The format of the show followed Zimmern as he focused on the cuisine of a particular country in each episode, showing how the food is procured, prepared, served, and consumed. A spinoff of the show, "Andrew Zimmern's Bizarre World", aired in 2009. A second spinoff, "Bizarre Foods America", debuted in 2012, and aired until 2014. Other shows he has hosted on the Travel Channel include "Andrew Zimmern's Bizarre World", "Dining with Death" (2010), and "The Zimmern List" (2017). "The Zimmern List" was actually nominated for a Daytime Emmy award. Additionally, he has a show with MSNBC that premiered on February 16, 2020, called "What's Eating America". Zimmern won the James Beard Award for Outstanding TV Food Personality in 2010; he won the awards again in 2012, 2013, and 2017. 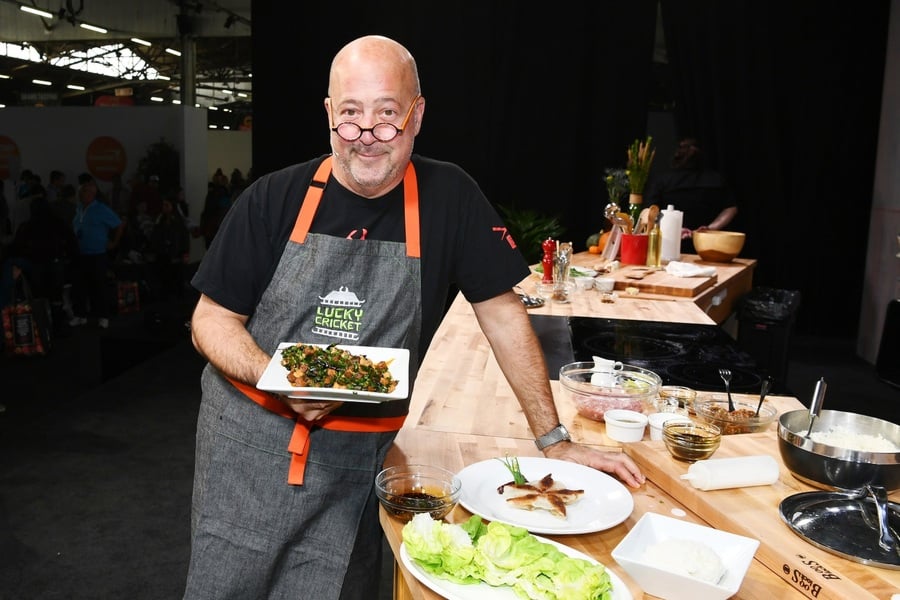 In addition to his other activities, Zimmern is also a published author. He has authored multiple books, including "The Bizarre Truth: Culinary Misadventures Around the Glove", which is a collection of his food and travel stories from around the world. The book was published by Broadway Books in 2010. His other books include "Andrew Zimmern's Bizarre World of Food: Brains, Bugs, and Blood Sausage" (2011), "Andrew Zimmern's Field Guide to Exceptionally Weird, Wild, and Wonderful Foods: An Intrepid Eater's Digest" (2012), and the novel "AZ and the Lost City of Ophir: Alliance of World Explorers, Volume One" (2019). He is a contributing editor and award-winning monthly columnist at Minneapolis-St. Paul Magazine and a senior editor at Delta Sky Magazine. His freelance writing has appeared in several national and international publications. Furthermore, he is an international spokesman for both Travel Leaders and Elite Destination Homes. Zimmern is also a contributor to the meal adventure guide by supermarket chain SuperTarget.

Personal Life: Zimmern suffered from severe alcohol and drug addiction that resulted in him being homeless for about a year, surviving only by selling women's purses. However in 1992, he relocated to Minnesota, and he checked himself into the Hazelden Treatment Center for drug and alcohol addiction. Today he is a volunteer at the facility. He was married to his wife, Rishia, from 2002 to 2018. They have one son, Noah, together. 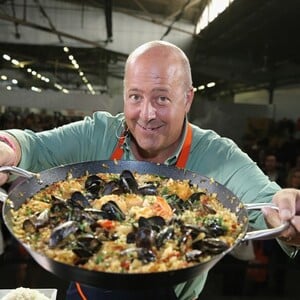