Alice Waters net worth: Alice Waters is an American chef, restauranteur, author, and activist who has a net worth of $20 million. She is perhaps best known for authoring several books and being influential in the field of organic food.

Alice Waters was born in Chatham Borough, New Jersey in April 1944. She owns the Berkeley, California restaurant Chez Panisse which is known for its organic and locally grown ingredients. Waters is credited with pioneering California cuisine with her restaurant that opened in 1971. She has written several books including Chez Panisse Cooking with Paul Bertolli, The Art of Simple Food I and II, 40 Years of Chez Panisse, and her memoir Coming to my Senses: The Making of a Counterculture Cook. She created the Chez Panisse Foundation in 1996 and was responsible for the Edible Schoolyard program at the Martin Luther King Middle School. Waters is known for her school lunch reform advocacy and worked with Michelle Obama's White House organic vegetable garden. She became Vice President of Slow Food International in 2002. 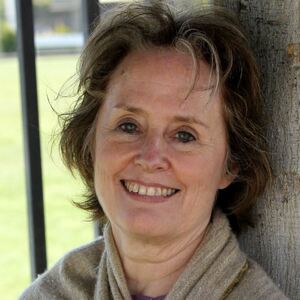