Aldo Zilli net worth: Aldo Zilli is an Italian celebrity chef who has a net worth of $10 million. Aldo Zilli was born in Alba Adriatica, Abruzzo, Italy in January 1956. He is one of nine children and moved to England in 1976. Zilli specializes in Italian cuisine and has been featured on many television shows including One Man and His Hob, Celebrity Fit Club, Good Food Live, Through the Keyhole, Big Brother's Little Brother, and The X Factor: Battle Of The Stars.

Zilli set a record for most times a pancake can be flipped in one minute with 117 in 2009. He has created ideas for airline meals with Thomson Airways and prepared recipes for Kraft Foods involving Philadelphia soft cheese. Aldo's daughter Laura is a singer and model and stars on Channel 4's series Seven Days. 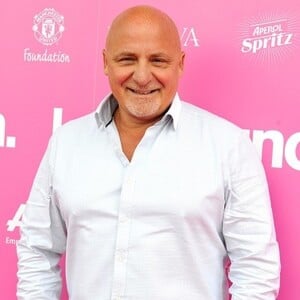