Alain Ducasse Net Worth: Alain Ducasse is a French/Monegasque chef who has a net worth of $10 million dollars. Born in Orthez, France on September 13, 1956, Ducasse is best known for owning and operating a line of restaurants. He served as an apprenticeship at Pavillon Landais in Soustons as well as the Bordeaux hotel school.

He began working as a chef in 1980 at L'amandier in Mougins followed by La Terrasse at Hotel Juana Mougins. He opened the three-star Alain Ducasse restaurant in Le Parc in 1996, followed by a New York City location at Essex House in 2000. The restaurant close in 2007 after Ducasse opened a restaurant called Mix in Las Vegas, Nevada. Mix only earned one star according to Red Guide. In 2008 he opened two more restaurants in Washington D.C. and New York City. He earned the Lifetime Achievement Award via The World's 50 Best Restaurants List in 2013. He recently earned citizenship in Monaco to take advantage of lower tax rates. 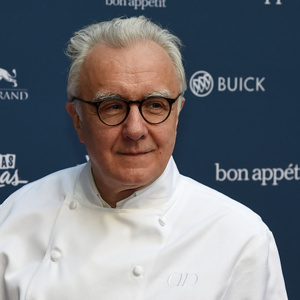