What is Richard Simmons' net worth?

Richard Simmons is a semi-retired American fitness personality and actor who has a net worth of $20 million dollars. A fitness expert and coach, Richard Simmons is most widely recognized for his "Sweatin' to the Oldies" fitness series and his flamboyant personality. He is a staunch advocate for health and has appeared on numerous talk shows and programs promoting healthy living and fitness.

Milton Teagle "Richard" Simmons was born on July 12, 1948, in New Orleans, Louisiana to Leonard Douglas Simmons Sr. and Shirley May. He was raised in the French Quarter of New Orleans, which probably explains his outgoing and flamboyant personality. His parents were in show business. His father worked as a master of ceremonies. His mother was a traveling fan dancer. Later in life, his father worked in thrift stores and his mother was a cosmetics saleswoman. Richard has an older brother, Leonard Jr. Simmons started overeating as a toddler and was overweight by the time he was four. When he was five, Simmons realized that he was looked at in an unfavorable light because he was fat. At the age of 15, Simmons weighed 182 pounds as a student at Brother Martin High School.

He attended the University of Louisiana at Lafayette before transferring to and graduating from Florida State University with a BA in Art. He eventually reached a peak weight of 268 pounds at 5′ 6″ tall.

Richard Simmons moved to Los Angeles in the 1970s and found a job as the Maître d'hotel at Derek's, a restaurant in Beverly Hills. After moving to L.A., Simmons began to get interested in fitness. He lost 123 pounds by working out and eating healthy. He then decided to open his own exercise studio focused on healthy eating, portion control, and enjoyable exercise in a supportive atmosphere. Throughout the week, Simmons taught aerobics classes and motivational classes at his Beverly Hills studio. His fitness studio catered to overweight women and men, making it unusual for the time (or for now in Los Angeles). Simmons closed his fitness studio abruptly in November 2016.

Simmons was filmed for a segment on the old news program Real People. The show filmed him at his gym, where he introduced clients whom he had helped to lose a lot of weight. Simmons later appeared on a number of game shows of the era including Match Game, Price Is Right, $25,000 Pyramid, and Hollywood Squares. His popularity in the media led to a recurring role on General Hospital playing himself for four years.

Simmons was everywhere in the late 1970s and early 1980s. He taught exercise classes in shopping malls from coast to coast, he hosted the television show Slim Cookin' as well as the Emmy-Award winning talk show The Richard Simmons Show. 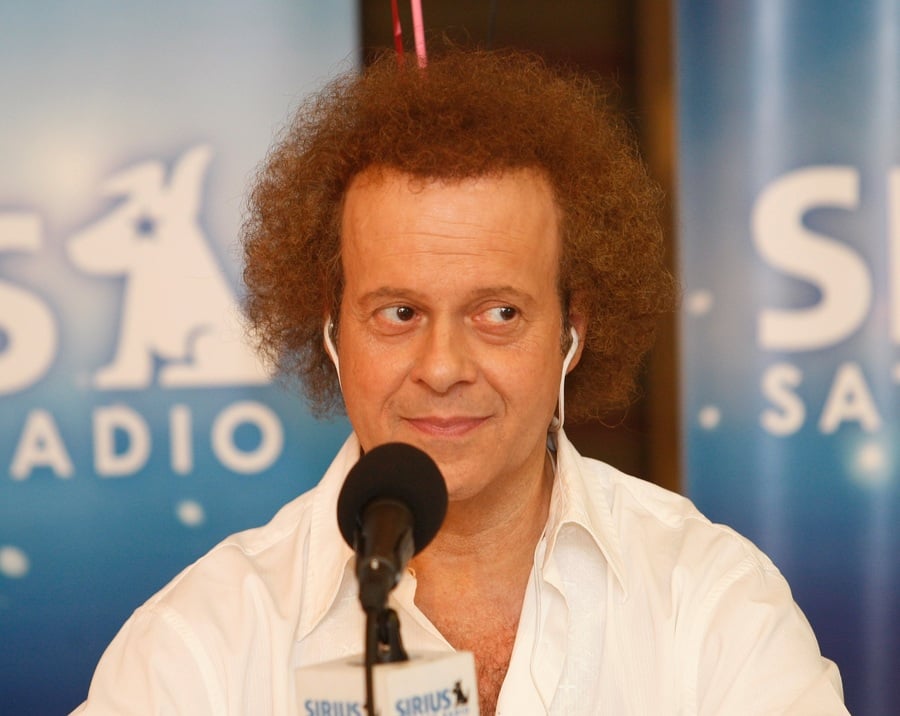 He has been featured as himself on a number of television series, including Saturday Night Live, The Larry Sanders Show, and in the Arrested Development episode "Bringing Up Buster."  In late 2007, he played a conditioning coach in a very funny "This is SportsCenter" commercial on ESPN. Simmons also hosted a radio show on Sirius Stars titled Lighten Up with Richard Simmons for two years from 2006 to 2008.

In 2010, Simmons stated he had kept off his own 100+ pound weight loss for 42 years, had been helping others lose weight for 35 years, and that in the course of his fitness career he had helped humanity lose approximately 12 million pounds. Simmons used the web as a method of outreach by running his own membership-based website and also has official pages on numerous social networking sites, such as Facebook, Twitter, MySpace, and YouTube.

Richard Simmons has all but disappeared from public life. His last major public appearance was in early 2014. Rumors and conspiracy theories about Simmons' disappearance started circulating in 2016 when it was reported he was being held hostage by his housekeeper. Simmons quickly shot down that nonsense in an audio interview with the Today Show on March 14, 2016. Then, that November, his popular and long-running gym closed without any word from its very famous proprietor. The podcast Missing Richard Simmons launched in February 2017 to explore why he left public life so suddenly.

In March 2017, LAPD did a welfare check on Simmons and said the famous fitness guru was fine. In April 2017, after hospitalization for severe indigestion, Simmons made his first public comment in over a year, posting a photo of himself on  Facebook alongside the message "I'm not 'missing', just a little under the weather." The only problem was, fans quickly deduced that the photo Simmons posted was from 2013, leading to rumors that the message might not actually have been posted by Simmons.

Simmons and his publicist have repeatedly said the concerns over his disappearance were unwarranted and that he is simply choosing to be less publicly visible. He is, after all, in his 70s, and pretty well known for his vanity, so perhaps he simply doesn't want to be seen as an old man. 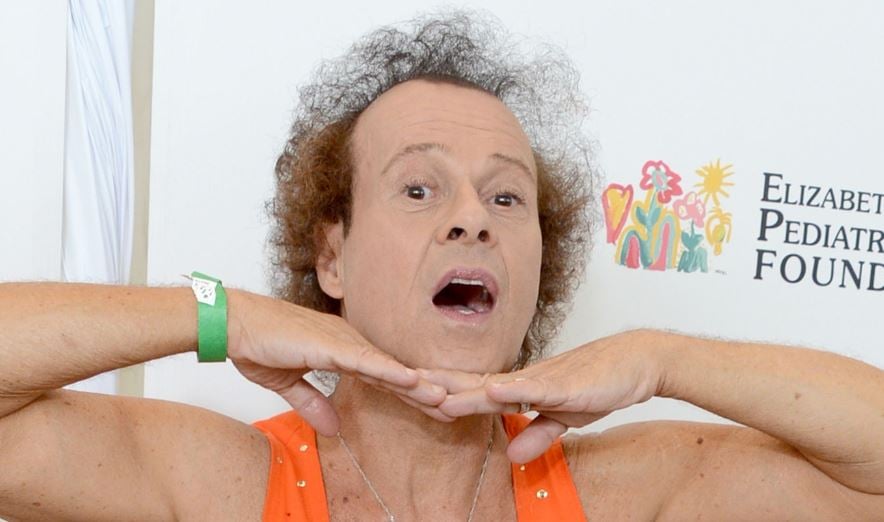 During the 2020 COVID-19 pandemic, Simmons resurfaced on his YouTube channel to help people stay fit at home. However, the videos are old and there's no new footage of Simmons in them, leading to more speculation about who, exactly, is posting these videos.

He also released a calendar for 2019 and runs a newsletter, so he's not entirely missing, in the strict sense.

Simmons is well known for his energetic and kind demeanor. His ability to make people comfortable and motivate them to lose weight at the same time led to his great success.

Simmons' trademark clothing over the years has been brightly colored, striped Dolphin shorts and tank tops decorated with Swarovski crystals.

In a 2008 interview with the Tampa Bay Times, Simmons said he adopted the name Richard in tribute to his uncle who paid for his college tuition.

Richard Simmons' mansion in the Hollywood Hills was built in 1937 in the colonial style, complete with Corinthian style pillars in the front.  Simmons purchased the home in 1982 for $670,000, and it's worth an estimated $6.07 million in 2020. The home is 4,119 square feet on a 24,400-square-foot lot. The two-story home has four bedrooms, five bathrooms, and a black bottom pool in the backyard. 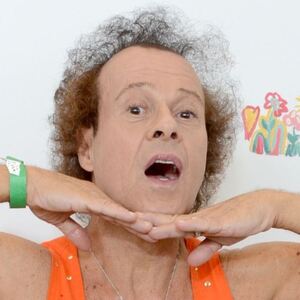