How much is Rachel Zoe Worth?

Rachel Zoe Net Worth: Rachel Zoe is an American fashion stylist who has a net worth of $16 million dollars. Born Rachel Zoe Rosenzweig September 1, 1971 in New York City, New York, she is best known for her work with celebrities, fashion houses, beauty firms, advertising agencies and magazine editors. Zoe has been involved in the fashion industry for nearly two decades and has since become a renowned stylist and designer. She is known for her extensive influence in the fashion world and for A-list clients. With the help of reality TV star Nicole Ritchie, Zoe became the pioneer of the 'boho-chic' look, style which consists of oversized jewelry, loose-fitting dresses and shirts, paired with a slim frame. In 2008, the first season of her Bravo reality television series The Rachel Zoe Project debuted. Zoe swiftly became one of the most influential people in the fashion industry. Her reality series The Rachael Zoe Project was canceled after five seasons. Although she mostly works with high-profile clients and has developed her own recognizable style, Zoe does not have any formal fashion training. As a stylist, she has worked with Brenda Song, the Backstreet Boys, Lindsay Lohan, Mischa Barton, Mario Orejel, Nicole Richie and Keira Knightley. Her most recent client list includes Cameron Diaz, Jennifer Garner, Kate Hudson, Kate Beckinsale, Debra Messing, Demi Moore, Liv Tyler, Joy Bryant, Molly Sims, Beau Garett, Eva Mendes, Paula Patton, Anne Hathaway, Jennifer Lawrence, Miley Cyrus and Pauly Shore. Recently, Swedish fashion retailer Lindex announced they would be working with Zoe, landing Zoe her first bigger collaboration with a European brand. 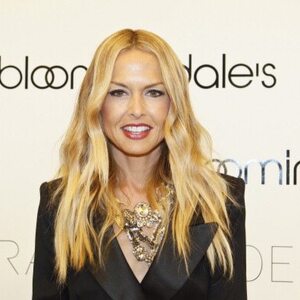