What is Portia de Rossi's Net Worth?

Portia de Rossi is an Australian-American actress and model who has a net worth of $50 million. It should be noted that much of Portia's net worth is combined with her extremely-wealthy wife since 2007, Ellen Degeneres. Portia is probably most famous to audiences for her work on the television series "Arrested Development".

Portia Lee James DeGeneres, known professionally as Portia de Rossi, was born Amanda Lee Rogers in Horsham, Victoria, Australia, on January 31, 1973. Her mother, Margaret, worked as a medical receptionist. Her father, Barry Rogers, unfortunately passed away when she was just nine years old. De Rossi was raised in Grovedale, Victoria, and as a child would often model for various print and television commercials. She adopted the professional name Portia de Rossi when she was fifteen years old, inspired by the character Portia from William Shakespeare's work "The Merchant of Venice". She attended Geelong Grammar School, and later the University of Melbourne, studying law.

De Rossi landed her first significant on-screen acting role in 1994, playing a young model in the Australian film "Sirens" (1994). Not long afterward, she moved to Los Angeles, California, where she began landing guest roles on various television shows. A permanent role in the sitcom "Nick Freno: Licensed Teacher" helped her gain a wider audience, and eventually land a role in the movie "Scream 2" (1997). From there, de Rossi went on to become a member of the main cast of the show "Ally McBeal" in 1998. Her role as Nelle Porter, a lawyer, helped her gain more international attention, and she remained with the show until it ended in 2002.

De Rossi went on to star in the film "Who Is Cletis Tout?" (2001) alongside Christian Slater, Rupaul, and Tim Allen. Then, from 2003 to 2006, she starred as the character Lindsay Bluth Fünke on the Fox Television show "Arrested Development". She would later reprise this role on the show's Netflix revival in 2013, and again from 2018 to 2019. She joined the cast of "Scandal" in the show's fourth season as a recurring character Elizabeth North, and was promoted to a series regular for the show's fifth season, before getting killed off the show on the sixth season. She has also appeared on shows like "Nip/Tuck", playing Olivia Lord, the girlfriend of Julia McNamara in the show's fifth season; the ABC show "Better Off Ted" (2009 – 2010) as Veronica Palmer; as well as a few episodes of shows like "Mister Sterling" (2003), "Mockingbird Lane" (2012), "Sean Saves the World" (2014), "Santa Clarita Diet" (2017), and "Family Guy" (2017).

Films she has appeared in include the television movie "America's Prince: The John F. Kennedy Jr. Story" (2003), in which she plays JFK Jr.'s wife Carolyn Bessette-Kennedy; "The Night We Called It a Day" (2003), in which she plays an Australian reporter; the thriller" Cursed" (2005), in which she plays a fortune teller; and the film "Now Add Honey" (2015). In May 2018, de Rossi announced her retirement from acting on her wife's show, "The Ellen DeGeneres Show". She has stated that her only exception from retirement will be to work on future seasons of "Arrested Development". In addition to acting, she has published an autobiography, "Unbearable Lightness: A Story of Loss and Gain" (2010), in which she discusses her medical struggles and battles with eating disorders. 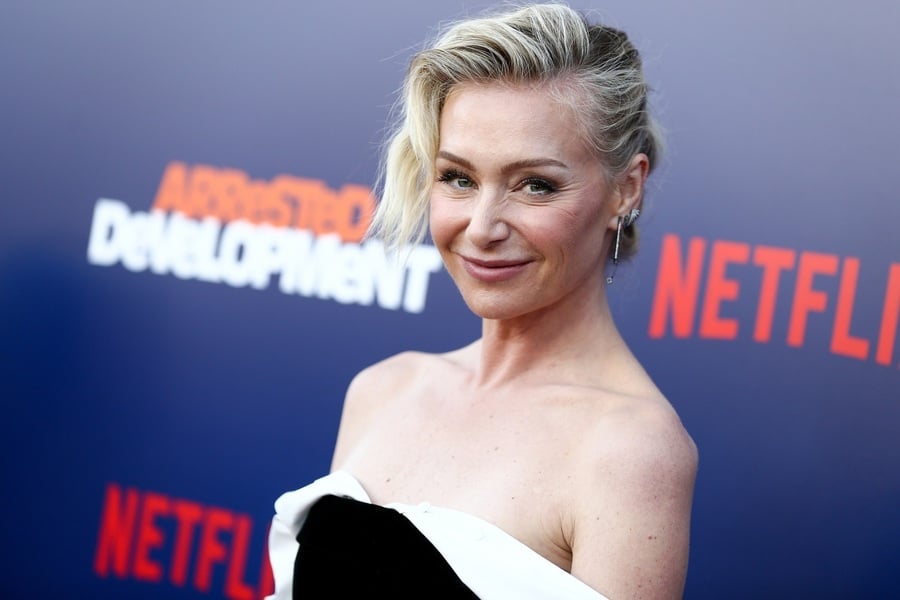 De Rossi has been ranked on lists including Stuff's "100 Sexiest Women", Femme Fatales' "Sexiest Women", Maxim's "100 Sexiest Women", and People Magazine's "100 Most Beautiful". She has also won a Screen Actors Guild Award in 1999 as part of the ensemble cast of "Ally McBeal", nominated multiple times for Screen Actors Guild Awards for her work on "Arrested Development", and actually won the Golden Satellite Award for Best Actress in a Series, Comedy or Musical, for her work on "Arrested Development" in 2005. She also won the Future Classic Award from the TV Land Awards in 2004, which she shares with fellow "Arrested Development" cast members Jason Bateman, Will Arnett, Alia Shawkat, and Michael Cera, among others.

De Rossi was previously married to filmmaker Mel Metcalfe from 1996 to 1999. She has explained that part of the reason for remaining in the relationship despite knowing it was not working for her was her fear of being exposed as a lesbian, especially as a young actress. She did not publicly comment on her sexual orientation at the time, but dated Italian-American director Francesca Gregorini (Ringo Starr's step-daughter) from 2001 to 2004. Then, after meeting backstage at an awards show, de Rossi began dating Ellen DeGeneres in 2004. Shortly after, in 2005, she publicly spoke about her sexuality and orientation for the first time in media interviews. DeGeneres proposed in 2008, and they married that August at their home in Beverly Hills in an intimate ceremony featuring only 17 guests along with their mothers. She legally changed her name to Portia Lee James DeGeneres in August 2010, and received her United States citizenship in September 2011.

De Rossi has supported a variety of charitable organizations and causes, including Locks of Love, which provides human hair wigs for children with medical conditions that cause hair loss; FXB International, an AIDS relief organization in Africa; and the Art of Elysium, an art foundation serving children with terminal illnesses. She also supports many animal-related causes, including Alley Cat Allies, an organization focused on cats; and The Gentle Barn, a sanctuary in California that cares for abused animals. 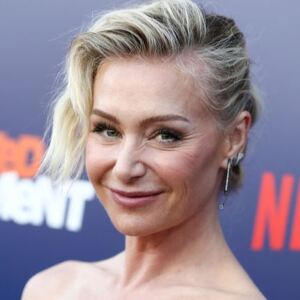